The New Anti-Airbnb Law: An Overview 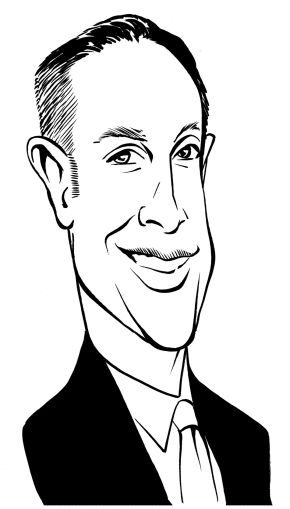 The new law builds on a 2010 state law, which banned most apartment rentals for fewer than 30 days and was the state’s first attempt to curtail the then-new short-term rental industry. Enforcement of that law, however, has been uneven. Airbnb’s business in New York City has boomed during the past several years. According to a 2014 report from the New York State Attorney General’s office, bookings for short-term apartment rentals on Airbnb.com increased tenfold between January 2010 and June 2014; revenue to Airbnb nearly doubled every year between 2010 and 2013; and revenue in 2014 from New York City bookings alone exceeded $282 million.

Faced with these facts, opponents of Airbnb—which include landlords, affordable housing groups, the hotel industry and the Fire Department of New York—spearheaded a legislative response culminating with the enactment of the new anti-Airbnb law last month.

The new law makes it illegal for anyone to advertise the use of an apartment in a manner that would violate the 2010 law; in other words, most advertising for apartment rentals lasting fewer than 30 days. The law specifies that anybody violating the new law faces civil penalties of up to $1,000 for the first violation, up to $5,000 for the second violation, and up to $7,500 for the third and subsequent violations. The new law took effect immediately.

Days prior to the new law’s enactment, Airbnb made a last-ditch effort to convince Cuomo to veto the bill, which passed both houses of the New York State Legislature earlier this year. In lieu of enacting the new law, Airbnb proposed, among other things, to ban hosts from posting multiple listings on its website, thus effectively shutting down many commercial operators; collect hotel taxes on behalf of New York City; create a registry of hosts to facilitate the enforcement of housing laws; create a hotline for complaints about apartments being rented on Airbnb; bar hosts who have violated local laws three or more times; and ensure that owners receive a share of the revenue from unts in their buildings occupied via Airbnb.

In response Airbnb immediately filed a federal lawsuit to block its enforcement. Airbnb’s lawsuit alleges that the new law is pre-empted by federal law, violates the federal and state constitutions, and is impermissibly vague as to whether it applies to internet platforms such as Airbnb. The new law remains in effect pending the resolution of the federal lawsuit.

In practical terms, the new law renders illegal  most New York City rental advertisements found on Airbnb’s website, as well as competitors, such as HomeAway.com and VRBO.com

As a result, the law will likely have a chilling effect on Airbnb’s business in New York City, as many Airbnb hosts will undoubtedly take down listings and refrain from posting in the future. For property owners, this would mean a large drop in the number of illegal hotel rooms being operated by tenants in their buildings. For owners who were renting out their apartments on a lucrative short-term basis, they will face falling returns as apartments return to the rental market—resulting in an increased supply for apartment seekers and downward pressure on rents. For tenants, the curtailment of Airbnb’s business would mean more stable buildings, with fewer tourists entering and leaving every few days. And for tourists, it would become more expensive to visit the Big Apple as they would be losing lower-cost Airbnb option, thus constricting supply and raising the price of remaining short-term accommodations.

Alexander Lycoyannis is a member of Rosenberg & Estis in Midtown Manhattan.