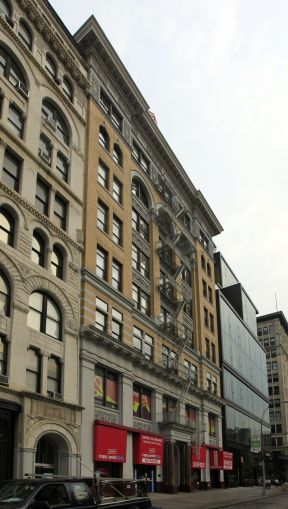 Staples has decided to stay put at 5-9 Union Square West for another five years, according to information from Newmark Holdings.

The office supply chain store has been in 21,173 square feet on the ground floor at the eight-story, 105,000-square-foot mixed-use building for 25 years, a Newmark company spokeswoman said. There were no tenant brokers and Brian Steinwurtzel and Eric Gural of Newmark represented the landlord in-house.

According to Steinwurtzel, Staples “had a fixed option that they exercised.” While there is no retail space available, if it was, the asking rent would be $400 per square foot, Steinwurtzel said.

Commercial Observer reported in August that Amalgamated Bank had provided a $30 million loan to Newmark to refinance 5-9 Union Square West.

The property, which Newmark acquired in 1996, is over 93 percent leased to tenants including Rockwell Group, The Hunger Project and Knoa Software.