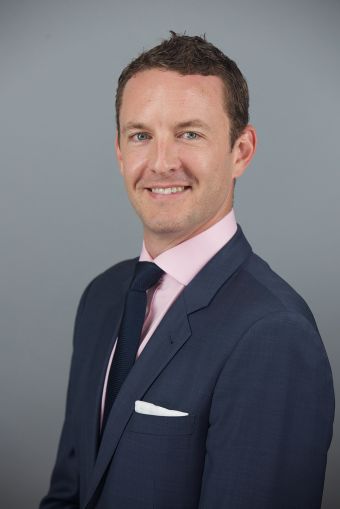 Commercial Observer: You grew up in upstate New York, right?

Zabriskie: I grew up in Aurora, N.Y., in the Finger Lakes region. Aurora is a tiny little lake village, about 750 people, so we knew everybody and still know mostly everybody. My first real exposure to the world of commercial real estate was actually in my village. The founder of American Girl [Pleasant Rowland] went to college in my hometown, at Wells College. She came back in 2001, and as her gift to the college, she wanted to put a ton of money back into revitalizing all of the historic buildings in the village and also redeveloping some of the buildings on campus. One of her flagship projects was the renovation of the Aurora Inn. I got to observe her work alongside the developer as they renovated all these buildings, in particular the inn—[it] was actually owned by my family long ago and was given back to the college in the 1970s. That was the first time I saw how the development world exposed you to a variety of things: construction, design, finance, deal-making and property management. I went off to college not knowing for sure what I wanted to do but having sort of a romantic view of the real estate development world.

I went to Middlebury College in Vermont. I studied English, economics and Italian, but I always had my eye on real estate. I ended up dating a girl whose father was a developer in the Midwest. I got more exposure to the development world through talking with him and then decided to come to New York specifically to jump into real estate development.

As a 22-year-old kid, it’s hard to come to New York and immediately fall into the shoes of a developer, so I got here and realized I needed to pick a spot. In 2005, I joined a family office—a long-standing New York City real estate family, and they own 7 [million] or 8 million square feet of office and retail in the Northeast, Southeast and Southwest. I worked with the grandson of the patriarch on their entrepreneurial side for six years, on the real estate equity side. We had two really busy years, and then when the downturn hit, I went to New York University to get my masters in real estate finance. [Eventually], I wanted exposure to the debt side, so from there I went to Lighthouse Advisory Services.

What was that transition like, from joint venture and equity investment to CMBS advising at Lighthouse?

There was a steep learning curve. Those Lighthouse guys are very sharp. I picked it up quickly, but when I was there, I found that what I didn’t like about the commercial real estate debt world was the paint-by-number feel to a lot of it. The conventional side of the world is a lot more metric-focused: Does the deal fit the box? If it does, then you fund it. What’s interesting about where I’ve ended up in the bridge lending space is that it’s a really complete sort of combination of the entrepreneurial side of the equity world with the conservatism of the debt side. In the bridge lending space, particularly our platform, all of our deals are special situations. There’s either an extreme time constraint, some sort of transition to the real estate or the borrower or sponsor is distressed. All of those things fall into the special situations category, and those are deals that are oftentimes too much brain damage for the conventional lenders to want to deal with, or they’re regulated out, and they can’t do those deals because of regulation issues.

How did you end up at Trevian?

Michael [Hoffenberg, the founder and managing principal of Trevian,] and I went to grad school together, so we’ve known each other for nine years.

I was at Lighthouse just shy of a couple of years, and all the while Michael had been talking to me about his plans to launch a new shop. Shortly after he launched Trevian in the beginning of 2013, he called me and said, “I’ve got a live deal: Are you coming over or not?” I joined him not too long after and the business took off.

How many people are on your team?

Who else, besides you and Michael?

Andrew Smeltz is our chief operating officer, and Michael Zarkin is an associate.

That is very lean. Do you like being part of a small team?

I really like being part of a small team when the dynamic works, which it does. We have been slow to hire because every next hire is a big percentage of the team. We’re actively looking for more of a junior originator now. It’s about finding people who are the right fit and who have a long-term vision.

What are the characteristics of a typical deal done through your platform?

A time-sensitive deal is a deal that needs to close in two or three weeks, or quicker. You might have an institutional or high-quality sponsor or borrower, and you might have a stabilized cash-flowing asset. Both of those things are conventionally financeable, good sponsor, good core asset, but in a time-sensitive situation there are very few lenders who can move that quick, mostly because of regulation issues. There’s too much red tape. For us, that’s an opportunity to have low risk in a high-yield position. We can put effectively conventional leverage on the property, and we’re able to charge our rates because we’re funding the loan very quickly and cleaning up whatever the issue is.

We also lend on things like bridge-to-agency loans, where someone is working on a Housing and Urban Development execution for a multifamily deal and they have a hard date certain and they’re getting closer and closer to it, and HUD is taking a little bit longer to go through their process. [They’ll] need us to provide a loan to get them into the deal so they don’t lose a deposit, and let us get out in six or nine months when HUD is ready to go. Our pricing at 9 to 11 percent is a function of our speed into the deal and also the flexibility that we offer to allow the borrower to get out. There are no lockouts on our loans, so they could pay us off tomorrow if they wanted to. We typically have a six- to nine-month minimum interest period.

On the transitional real estate side, we’ll lend to a borrower who is buying, let’s say, a 60-percent occupied retail property, and they’ve got a few leases signed in hand, and they think they can get into the property, lease it up in nine to 15 months. The three- to five-year bridge lenders who are charging Libor plus 500 to 700, are certainly priced inside of us but are typically looking for 18 to 24 months of minimum interest. If a borrower thinks they can execute on their plan a lot quicker than that, our deal on a whole dollar basis is cheaper if they get in, execute and take us out in 12 or 15 months. They’re basically paying for the flexibility.

On the troubled-sponsor side, we’ll lend to borrowers with credit or liquidity issues. We’ll finance borrowers out of bankruptcy, we’ll facilitate a partnership buyout or a discounted payoff if you’re buying back your debt at a discount. All of those borrower/sponsor/credit issues are generally nonfinanceable conventionally. We’re the group who has a risk tolerance for those credit issues as long as the real estate is fundamentally valuable and cash-flowing.