Midtown South Has an Incredible Art Collection for Public Consumption 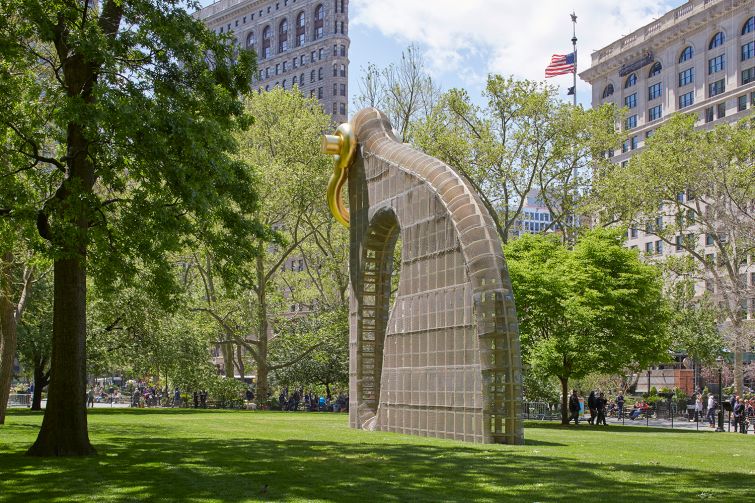 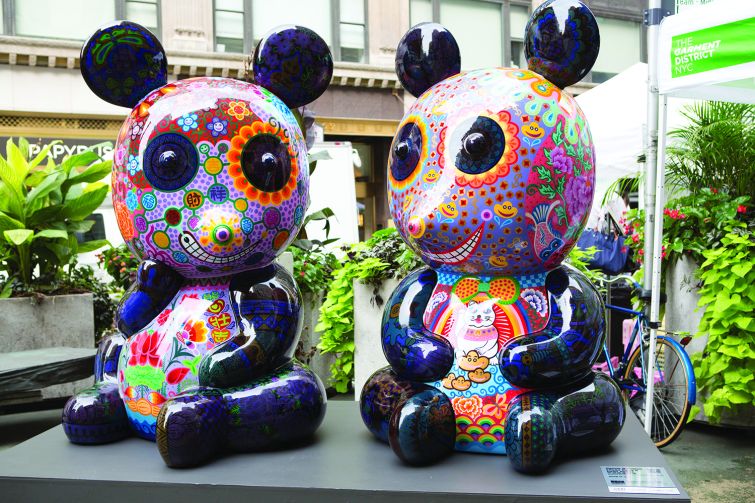 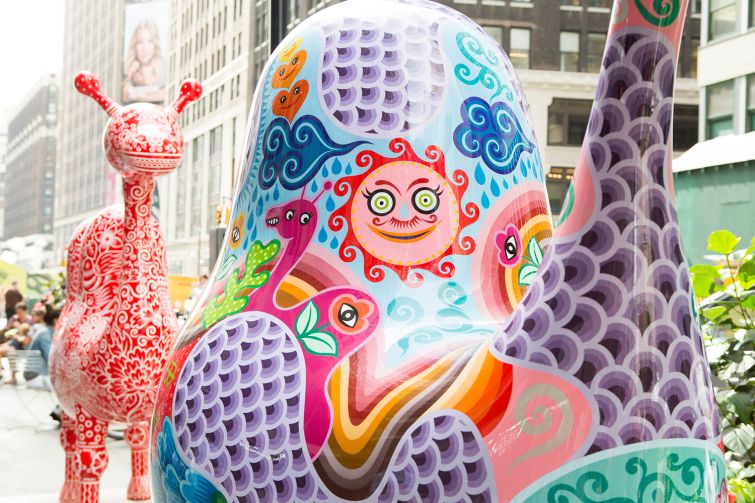 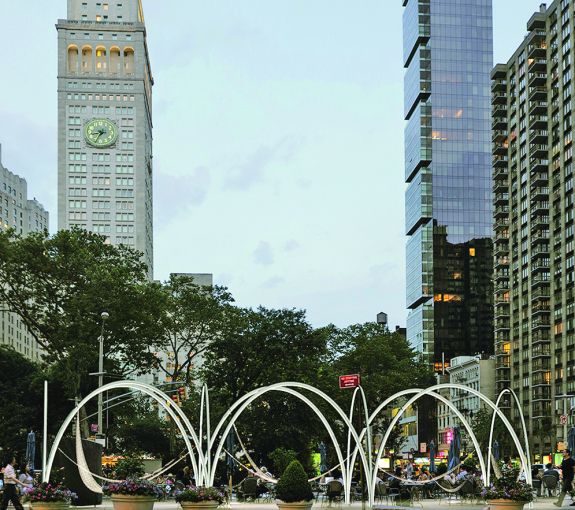 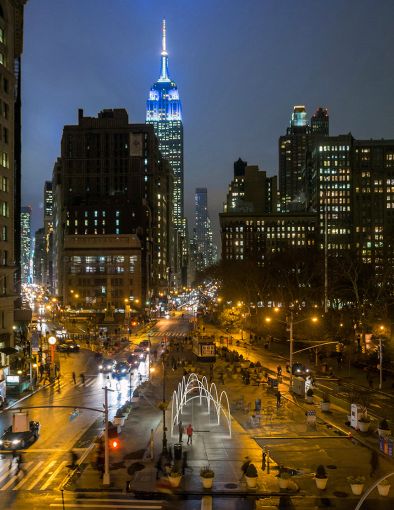 The 400-square-foot piece of interactive artwork will debut on Nov. 21. Photo: LOT 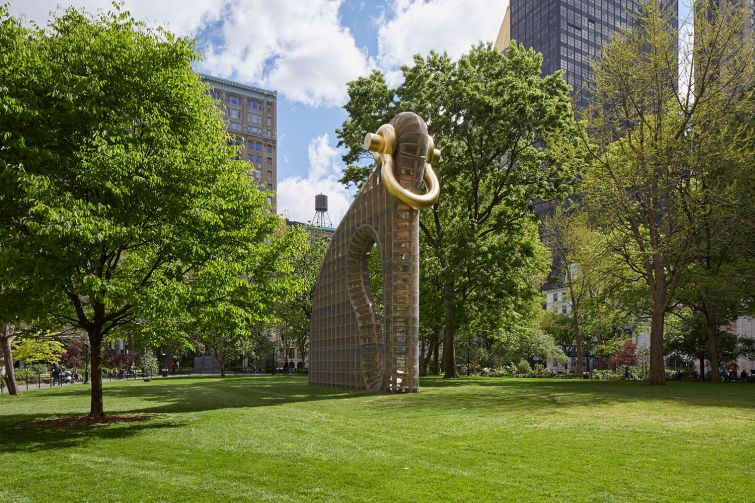 The 40-story Big Bling is a multitier installation in Madison Square Park made of plywood. Photo: Yasunori Matsui
Previous Next

Real estate and art intersect well beyond Aby Rosen showcasing his personal collection at his properties. There are public plazas where artwork is installed to bring attention, activity and inspiration to a neighborhood, and few places more exemplify this than Midtown South.

In the Flatiron District, Madison Square Park and the Garment District, there are some pretty slick works open to the public or coming that add a lot of flair to the Midtown South scene.

This Wednesday, installation will commence for the New York and Greece-based architecture and design firm LOT’s Flatiron Sky-Line in the North Flatiron Public Plaza. The 400-square-foot public interactive artwork sits in the space, which stretches from West 23rd to West 24th Streets between Fifth Avenue and Broadway, according to Eleni Petaloti, a founder and principal of LOT. It will debut on Nov. 21.

“These things are destinations and they are attractions,” Petaloti said. “It’s in front of the Flatiron Building, which is already an attraction, and it adds to the experience of the plaza.”

It is the winner of the Flatiron Public Plaza Holiday Design Competition, the third annual competition from The Flatiron/23rd Street Partnership Business Improvement District and Van Alen Institute.

Already up in the Flatiron District, in the 6.2-acre Madison Square Park at the intersection of Fifth Avenue and Broadway at West 23rd Street, is Big Bling, a 40-foot high multitier structure by American sculptor Martin Puryear. It is made of plywood wrapped in a fine chain-link fence, and at the top is a gold-leafed shackle.

The park has been home to installations since 2004. Brooke Kamin Rapaport, the senior curator at the Madison Square Park Conservancy, said that the installations are changed in Madison Square Park between one and three times per year. The artwork is part of the conservancy’s Mad. Sq. Art program, through which Rapaport said she “commissions outstanding contemporary artists to realize projects in the park.”

Rapaport continued, “There are 60,000 people a day who cross Madison Square Park. I think that the renaissance of the park has been significant to this neighborhood.”

A few blocks north, Fancy Animal Carnival has been installed on the Garment District pedestrian plazas on Broadway between West 36th and West 41st Streets since September.

The Garment District Alliance unveiled the 11 large-scale fantastical sculptures created by renowned Taiwanese artist Hung Yi that month. “Each of the 11 animal sculptures represents a narrative, expressed through traditional Taiwanese symbols and motifs believed to bring luck,” according to a GDA press release on the installation.

In addition, the alliance showcases artists in various locations throughout the district, often in vacant street-level retail windows.

“It’s important to have these windows activated and aesthetically appealing,” said Barbara A. Blair, the president of the alliance , “because one thing that has changed in the Garment District is ground-floor retail, and the pedestrian experience has greatly improved in the last five years.”