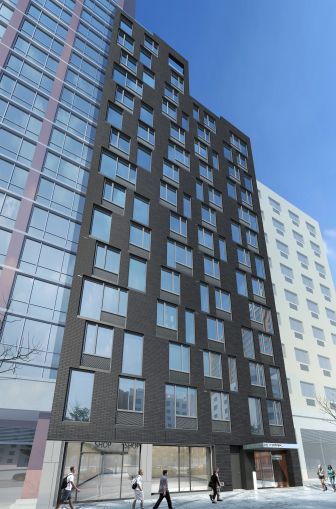 The bank has signed a lease for 5,074 square feet at the newly completed residential tower between Court and Clinton Streets, according to the landlord’s broker, CPEX Real Estate.

Its new digs include 3,574 square feet on the ground floor of the 62-unit building, as well as 1,500 square feet below grade for office space. CPEX declined to provide the asking rent in the 10-year deal. Retail rents range between $150 to $200 per square foot on Montague Street, according to CPEX’s 2016 Brooklyn retail report.

HSBC will be moving from its ground-floor space at 200 Montague Street in early 2017.

“Montague Street has once again proven to be the banking capital of Brooklyn with the relocation of the HSBC branch,” Timothy King of CPEX said in a prepared statement. “Its proximity to the courts and civic center make it a logical location for financial services firms.”

King and colleagues Ryan Condren, George Danut and Keat Chew represented the landlord in the transaction.

Allan Profeta of Premiere Properties, who brokered the deal on behalf of HSBC, declined to comment.