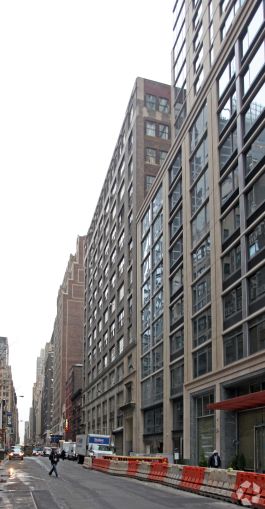 Apparel manufacturer DFA New York, which has a strategic partnership with Macy’s, has signed an office lease for the entire 10th floor at 318 West 39th Street between Eighth and Ninth Avenues, Newmark Holdings announced. The space spans 13,500 square feet.

DFA New York, which was formed in 2005, “offer[s] a combination of design, pattern making, sample making, as well as in house fabric sourcing,” according to its website.

The deal is for 10 years, a spokeswoman for Newmark said, and the asking rent was $38 per square foot. DFA will be moving from the sixth floor at 240 West 37th Street between Seventh and Eighth Avenues.

Eric Gural and Matthew Mandell of Newmark Holdings represented the owner in-house. Newmark Grubb Knight Frank‘s Eric Zemachson and Jordan Brustein, worked on behalf of the tenant. Neither set of brokers responded to a request for comment via spokeswomen.