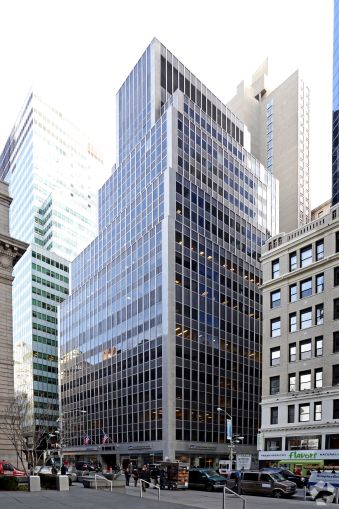 A major urban planning group has signed a deal to relocate its offices to the Financial District from Midtown South, Commercial Observer has learned.

The Regional Plan Association, also known as RPA, has inked a 9,135-square-foot deal at the Rudin family-owned One Whitehall Street between Stone and Bridge Streets, according to a press release provided by the landlord. The transportation group will be in a pre-built space on part of the 16th floor.

RPA’s lease is for 10 years, according to the landlord. Its offices will include space for meetings and gatherings.

The organization’s offices will also have clear views of the Battery, the Statue of Liberty and New York Harbor, according to William Rudin, a prominent member of the family and the chief executive officer of Rudin Management Company, which manages the building. He said RPA takes a look at bettering transit for the entire tri-state region, so it was appropriate it moved to a neighborhood with several subway lines, along with a handful of ferry outposts and Citi Bike docking stations.

“The RPA is about focusing on how to make the New York metropolitan region more competitive on a global basis,” Rudin told CO. “What better place to headquarter itself than Lower Manhattan, with the best transportation in the world: ferry, subway, now bike [access].”

The 405,000-square-foot building is nearly entirely leased, according to Kevin Daly of Rudin Management, who represented the landlord in-house. Asking rent for existing pre-built spaces are $55 per square foot, he added. Robert Billingsley and Bryan Boisi of Cushman & Wakefield represented the tenant. Commercial Observer is also a tenant of the 44-year-old building.

RPA is leaving behind 4 Irving Plaza between East 14th and East 15th Streets. RPA is planning to release its fourth plan that reimagines the area’s transit next year. The move south at the beginning of 2017 will be something of a homecoming, according to RPA President Tom Wright. The RPA was located on lower Broadway in the 1990s during his first stint at the organization as a graduate student.

“Downtown is a natural for us,” he said. “We’ve been active in a lot of policy issues there.”

Wright said the area was also a central commuting location for RPA employees, who hail from places like New Jersey, Brooklyn and Queens. Downtown is also home to organizations the RPA works with, such as the Battery Conservancy and the New York Landmarks Conservancy, both of which are also One Whitehall Street tenants.

“These are all groups we work with,” he said. “That proximity will be really nice for us.”