Much Ado About Nothing?: New York City’s Top Owners Parse the Brexit Vote 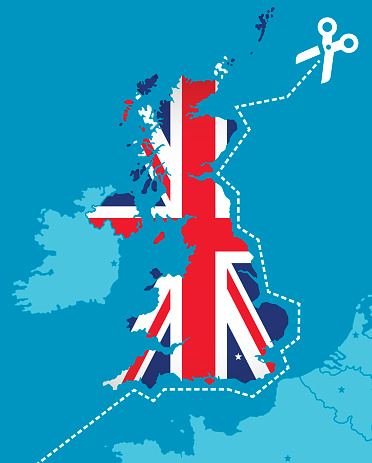 When the U.K. voted to bid adieu to the EU on June 23, stocks plummeted, the British pound took a harsh public flogging and stiff upper lips quivered. Doomsday naysayers foresaw London’s impending demise from an investment standpoint, while others predicted the Big Apple would appear extra shiny and tempting to foreign capital seeking a safer haven in the storm. But was it all a dream? A few days later, the market’s horrified roar had softened to the gentle bleating of an English lamb. So, was Brexit, in the words of the Bard, much ado about nothing? We asked some of New York City’s biggest owners to opine.

“Brexit hasn’t happened, and more importantly, the terms of a Brexit haven’t even been proposed, let alone negotiated,” said Dan Rashin, a co-president and the chief executive officer at Rockefeller Group. Good point, although, as Commercial Observer’s Owners Magazine was going to press, Theresa May announced that she would invoke Article 50, the catalyst for a formal EU separation, by March 2017. So, these negotiations will begin shortly.

Many of the owners with whom CO spoke remain committed to London and future investments across the pond. “I personally wouldn’t rule out investing in London,” offered Ken Fisher, a partner at Fisher Brothers, while Ric Clark, a senior managing partner and the chairman of Brookfield Property Partners—London’s largest commercial landlord, and a big New York City player—asserted that “[Brookfield] remains high on London.”

Robert Lapidus, the president and CEO of L&L Holding Company, reasoned that London is a gateway city and “long term, it will remain one of the best cities to invest in.” Jared Kushner, the CEO at Kushner Companies (and the publisher of CO), concurred, saying that “London will be fine in the long run.”

Others haven’t set foot in Queen Elizabeth’s kingdom quite yet but aren’t dissuaded by Brexit. “We don’t have any plans to [invest in London], but never say never,” said Joseph Moinian, the president and CEO of The Moinian Group. Furthermore, some applauded the controversial vote. “I admire the courage of the people of England to stand up for what is best,” said Gregg Schenker, the president and a co-managing partner at ABS Partners Real Estate.

And for others still, the Big Smoke continues to draw dollars for more personal reasons.

But will the Brexit vote redound to New York’s benefit when investors are looking at where they want to park their real estate money?

Norman Sturner, the president and CEO at MHP Real Estate Services, channeled Wayne’s World to tell CO his opinion of the vote’s outcome: “London was supposed to compete [with the] NYSE…Not!”

Indeed, the uncertainty regarding the U.K.’s future may have put a slight damper on London’s appeal or clout as a financial center, much as the British weather ruins plans for summer picnics. However, it also may have given New York a leg up.

“As we move into years of uncertain negotiations around Brexit, I don’t think London is first anymore. That probably elevates New York to the most attractive city for international real estate investment,” said Nicholas Bienstock, a managing partner at Savanna.

“I’m a big fan of London,” admitted Charles A. Cohen, the president and CEO of Cohen Brothers Realty, but “Brexit has helped solidify New York City as the world’s leading financial center.” For others, sticking to what you know will just always be more appealing. “I prefer to invest close to home,” mused Ira Fishman, the CEO of EVO Real Estate Group.

Have Volatility, Will Travel

Not so fast though. Surely an event such as Brexit with international reach in its consequences can’t be all good news for New York—can it? “In general, Brexit is bad for Britain, Europe and the world—and that means it is bad for New York City as well,” said Douglas Durst, the chairman of Durst Organization. Larry Silverstein, the chairman of Silverstein Properties, pointed out that “uncertainty doesn’t work well for anybody. That’s my concern.”

Jonathan Iger, the CEO of William Kaufman Organization, is keeping a close eye on Scotland and Northern Ireland’s threatened departure from the U.K. “If that plays out, the effect on trade is going to be devastating,” Iger said.

We’ll leave you with soothing words from Francis Greenburger of Time Equities, who was in London on the day the Brexit outcome was announced and still isn’t worried. “The post-Brexit era has not yet begun and, chances are, the impact will be less jarring than people think,” he counseled.