Hillary or Donald? Who NYC Landlords Said They Would Vote for on Nov. 8 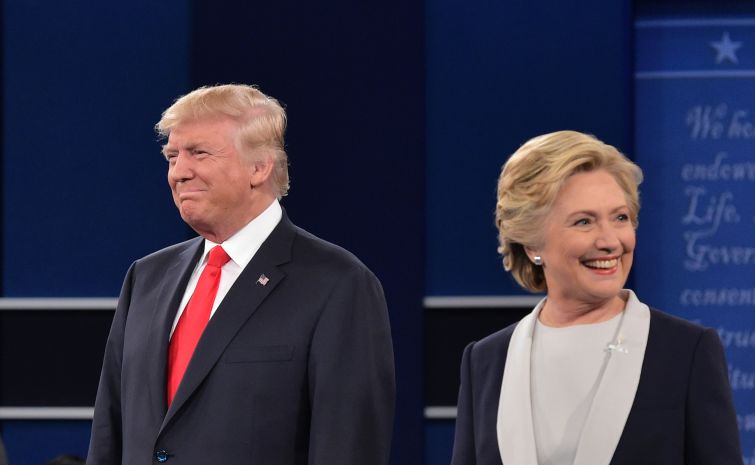 Last year, when the primary season hadn’t officially started but CNN was airing a lot of debates, Commercial Observer asked 33 owners the open-ended question: “Who would you like to be the next president of the United States?”

The result (as we sort of expected) was largely evasive.

Twenty-two respondents said they were still mulling the candidates, or didn’t answer—67 percent of those polled. Four (12 percent) responded with one of the names of the Republicans (or what we deemed a GOP-friendly answer). And two (6 percent) said that they hoped Michael Bloomberg would throw his hat in the ring.

But in 2016 a surprising number of owners were willing to stand up and be counted for Hillary Clinton. She garnered support from 37 percent of the 38 owners polled—including from an owner who last year was backing Marco Rubio and another who had expressed a preference for Jeb Bush. Donald Trump got a meager 8 percent (three—one of whom was Trump’s son-in-law, Jared Kushner, CO’s publisher), and one respondent (2.6 percent of the tally) is still holding out hope for Mayor Mike.

It’s true, 34 percent of those we polled didn’t answer the question. Another 18 percent expressed a preference for neither one and often followed it with some damning words about both candidates, or the political system. Moreover, it’s likely that Trump’s 8 percent number is a little soft; a handful of the people in this survey are right-leaning who have donated to conservative candidates in the past and are simply trying to avoid saying anything that could screw up their relationships with current or future business partners.

By the same token, Clinton’s support is a little soft, too. The Federal Election Commission has a pretty user-friendly website that can show you exactly who has donated to which campaign, and Clinton has gotten a lot of checks from people in the real estate business who chose not to answer this question.

But, based on what we’re seeing here, if the election were strictly amongst landlords and owners, Clinton would be the next president of the United States by a landslide.