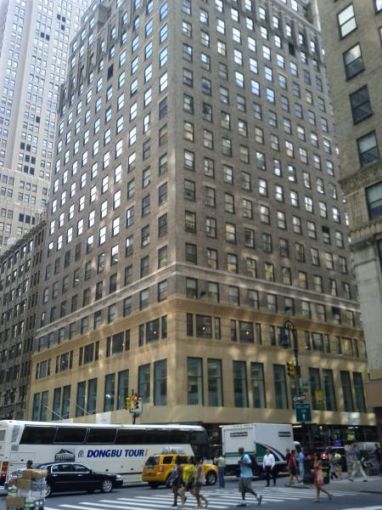 Crew Knitwear, a manufacturer and designer of women and girls apparel, has signed a 6,700-square-foot deal to expand its showroom at 530 Seventh Avenue, Commercial Observer has learned.

The Los Angeles-based designer, whose products are on the shelves of Nordstrom, Bloomingdale’s and Dillard’s, originally had just 1,500 square feet on the 28th floor in the building, which is between West 38th and West 39th Streets. It will continue to operate in that space, which it has occupied since last year. Now Crew Knitwear will tack on part of the 19th floor.

“We’re very excited to expand our footprint in the building and create a one-stop destination for our clients to conveniently find all of our brands under one roof,” Tricia Franklin, the chief executive officer of Crew, said in prepared remarks.

While Crew’s new addition is being built out, the company will be using a temporary 3,400-square-foot showroom on the 11th floor of the building, Goetz said.

“They have pre-leased a space prior to the existing tenant vacating,”  she explained via a spokeswoman. “We will begin building out the space for [Crew Knitwear] in early 2017 and they will take possession March 2017.”