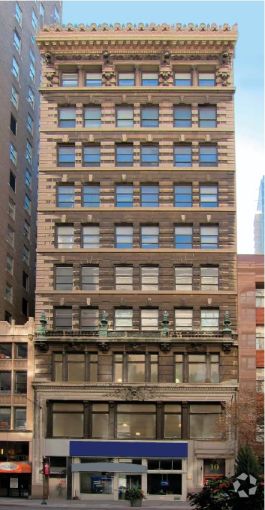 City University of New York’s Institute of State and Local Governance has extended its lease and doubled its foothold at 10 East 34th Street, Commercial Observer has learned.

A data-driven organization that advises governments and nonprofits on policy issues, the institute has tacked on the whole 5,550-square-foot sixth floor to its existing space at the 61,500-square-foot building between Madison and Fifth Avenues, according to information provided by landlord representative ABS Partners Real Estate.

The organization has been based 5,550 square feet on the fifth floor since 2013, according to Andrew Udis of ABS, the same year in which the institute was founded. With the new lease, the CUNY affiliate now has 11,100 square feet at the property.

It was drawn to expanding at the location because of its proximity to CUNY’s graduate center around the corner at 365 Fifth Avenue between East 34th and East 35th Streets.

“They went for the location because they had that larger facility on 34th Street,” per Udis, who took over leasing at the building in March. “[The owners] were welcoming to have the tenant expand.”

The governance group originally signed a 10-year lease for the fifth-floor space expiring in 2023. But the institute has now extended its deal to rent the floor, as well as the additional one, through September 2026, according to Udis. Asking rent at the building starts at $65 per square foot, according to the brokerage.

“On the heels of a recent change in ownership, CUNY elected to renew their commitment to this extremely well-located asset,” Kesseler said in a statement via a spokeswoman.

Caerus Group scooped up the building this February from Brause Realty for $51.7 million, property records indicate.