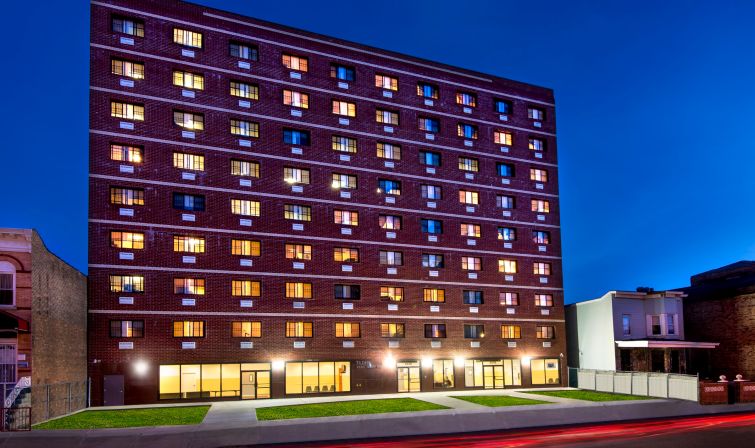 CBRE’s Mark Fisher and Alex Furnary arranged the loan on behalf of the borrower, and the debt carries a one-year term and a rate in excess of 10 percent.

“The loan was broadly marketed and several bids were obtained however Bridge Funding provided the most compelling terms and conditions,” Fisher said in prepared remarks. “Bridge understood the economics of the deal and was comfortable with the investment. They delivered as promised and closed in five weeks.”

First Capital Real Estate Trust acquired the 117-unit housing facility at 2520 Tilden Avenue, which is operated by the city, through its $175 million acquisition of United Realty Advisors in September 2015, as Commercial Observer reported at the time. Along with Tilden Hall, First Capital also became the owner of a medical office at 7 Carnegie Plaza in Cherry Hill, N.J., and a medical office in Myrtle Beach, S.C.

“What made this financing a little more challenging was the short term nature of the DHS contract, combined with the request for a short term, higher leveraged loan,” Fisher noted.

CBRE is now marketing the building through its investment properties team. “The economics of these facilities are remarkable,” said Fisher. “As far as transitional housing is concerned, being a new, ‘purpose built’ property with an exceptional track record, further combined with the capability to easily convert the facility to market-rate housing, makes this property is an A-plus investment. We expect a very good reception from the market.”

Officials at Bridge Funding and First Capital Real Estate Trust did not respond to requests for comment.