What’s New and Different, and What Isn’t 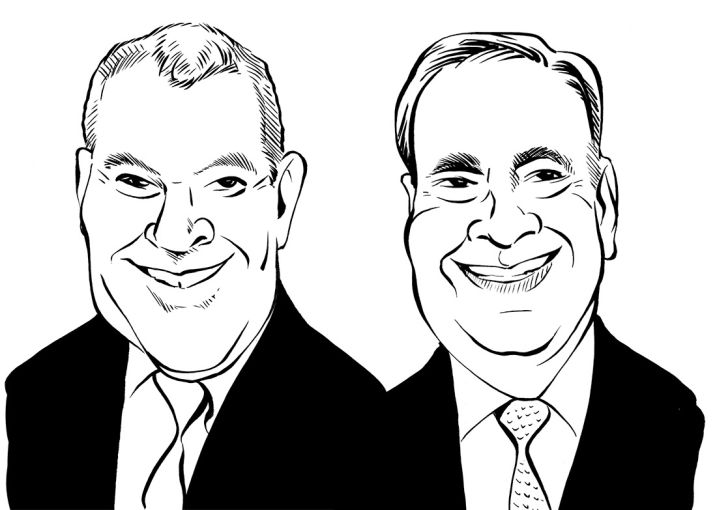 Every year the Practising Law Institute offers a two-day seminar on commercial real estate finance for lawyers and others. Looking back over the 20 years in which we have participated in that seminar (Joshua chairing, Richard presenting), commercial real estate finance has gotten more complex, but also smarter. CMBS has imposed unusual measures and discipline. Federal law has played a role, too.

If you just look at mortgage loans, the April 2017 seminar won’t vary much from the first one, in 1997. Every transaction still starts with a promissory note, an interest in real estate and a package of promises to protect the collateral. Traditional rights and remedies remain, as do ancient and often impractical legal principles and the New York mortgage tax.

But many other things have changed in major ways.

Sept. 11 spawned federal concern on terrorism and money laundering. The results: new due diligence requirements and delays and new verbiage and disclosures.

The 2008 financial crisis led to lots of new legislation, still working its way through the regulatory and deal-burdening process. That’s not necessarily bad, because the federal government remains the ultimate bagholder for the banking system. Remember TARP?

Dodd-Frank, its progeny and today’s risk retention regulatory environment have led domestic banks to tighten their purse strings and reduce their risk tolerance. That now suffocates credit decisions on a macro and micro basis, as never before. It also creates an opening for less regulated—shadow—lenders to make first mortgage loans, a business the banks once owned.

Alternative lending sources, shadow banking and (mostly) private equity didn’t noticeably exist in real estate 20 years ago. Now they’re here to stay. They don’t fear regulators or a possible bubble bursting or (soft?) landing. Their investment committees are nimble and competitive. This makes them a “go-to” source for acquisition and development capital, even at higher though still unthinkably low interest rates. Unlike traditional institutional lenders, these players don’t fear owning their collateral. It’s simply one of two possible and equally acceptable outcomes when they make a loan.

To dodge HVCRE classification, the borrower must invest in cash at least 15 percent of the “appraised as completed” project value, before the lender advances anything. If the borrower paid $3 million for a site now worth $50 million, that counts as only a $3 million investment toward the 15 percent. This runs totally counter to the usual logic of construction lending.

HVCRE regulations also say the borrower must keep its cash investment in the project “for the life of the loan”—whatever that means (completion? maturity?).

To the extent that traditional lenders remain players in construction finance, the loans themselves don’t change much, except the loan documents have grown by a few pages to respond to the new laws mentioned above.

After the financial crisis, we heard that CMBS 2.0 would be more rigid and conservative. New risk retention rules, effective this December, are changing how we view CMBS, and its pricing and profitability, every day. New CMBS transactions have new ways for the originator to “hold” on its balance sheet 5 percent of the debt.

In 1999 and 2000 we started to see full recourse guaranties if a borrower filed bankruptcy or committed other “bad acts.” That destroyed the most important tool in every defaulting borrower’s toolbox—their magic weapon to stop foreclosure or receivership, often for years and very painfully for lenders.

We now see a nonrecourse carveout guaranty in virtually every commercial real estate loan. Though the carveouts are negotiated, sometimes heavily, full recourse for a voluntary bankruptcy is sacrosanct and rarely negotiated.

Because courts enforce that full recourse, the “bad boy” guaranty has virtually eliminated single asset real estate bankruptcies. Sponsors in 2009 knew where to find the bankruptcy courts. But they steered clear then, since then and now. Even in distress, borrowers and lenders typically hobbled along rather than going to war. Things turned out okay.

Outside of full recourse for bankruptcy, carveout guaranties have seen more change in the last 20 years than any other area of mortgage documents and negotiations. First they ballooned as smart lawyers came up with new carveouts. Then those balloons blew up in guarantors’ faces when opportunistic loan buyers asserted entirely uncontemplated theories of carveout liability, often successfully. Many lenders have trimmed the carveouts to a more sensible level.

Many major real estate finance transactions today include layers of debt far beyond traditional first-mortgage loan documents. Even though the wounds of the financial crisis have not entirely healed, many tranches of debt—subdivided, packaged, rated and sold—are often the norm. Any stall on this front five years ago has dissipated, especially when conservative first lien lenders won’t give sponsors the proceeds they want.

Equity interests in the sponsor entity are likewise sliced and diced and pledged. Any major deal has co-lenders, with complex contractual relations among them.

That universe has seen major changes in the intercreditor agreements among capital sources. Once, the first mortgage lender would control everything. The other lenders, if lucky, could bid at the foreclosure sale. If they wanted to do anything else, they would have the “opportunity” to buy out the senior lender.

This changed massively after the Stuyvesant Town litigation, where the court decided—erroneously, we think—that the mezzanine lender couldn’t foreclose unless it fully repaid the mortgage loan. In response, newer intercreditor agreements make it absolutely clear that the junior lender can enforce its rights and control enforcement.

Beyond mezzanine loans, preferred equity has become way more common than it was 20 years ago, with its own intercreditor issues.