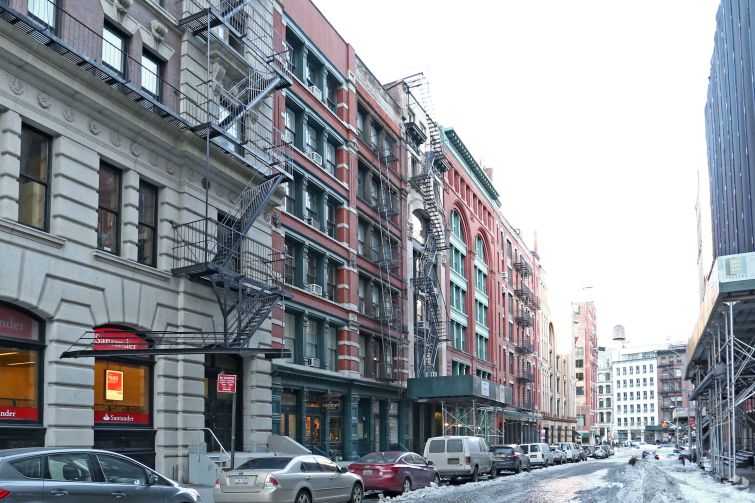 Urban Archeology, a high-end seller of lighting and bathroom fixtures, has signed a deal to relocate to the entire Thor Equities-owned retail condominium at 158 Franklin Street, across the street from its longtime home, Commercial Observer has learned.

The retailer will occupy the 2,000-square-foot ground floor and 1,800-square-foot lower level of the property between Varick and Hudson Streets, according to a press release provided by Thor. Asking rent in the 10-year deal was $150 per square foot, said a spokesman for the landlord.

Urban Archaeology was based at 143 Franklin Street, where for 20 years it has leased the whole 35,000-square-foot building for its store and manufacturing space, according to CoStar Group. The company announced in January 2015 that it would leave the building because it was slated for conversion into residences, as the Tribeca Citizen blog reported at the time. While its store will relocate to 158 Franklin Street, its manufacturing operations are now at 43-34 32nd Place in Long Island City, Queens, according to the company’s website.

“We are pleased to have the opportunity to offer a new home to Urban Archaeology, a longtime Tribeca institution with a strong connection to the neighborhood,” Melissa Gliatta, Thor’s chief operating officer, said in prepared remarks.

Krav Maga Institute, which teaches Israeli martial arts, was originally supposed to take the lower-level space, a source familiar with the deal said, but it never occupied the space. That freed up Thor to lease out the entire space to Urban Archeology. Thor bought the 3,800-square-foot retail space—below a 10-unit condominium—in July 2015 for $3.7 million.

Jamie Weiner of The Manhattes Group represented Urban Archeology, while Kim Leone of Thor represented the landlord in-house. Weiner did not immediately return a request for comment.