The Plan: New Lab at the Brooklyn Navy Yard 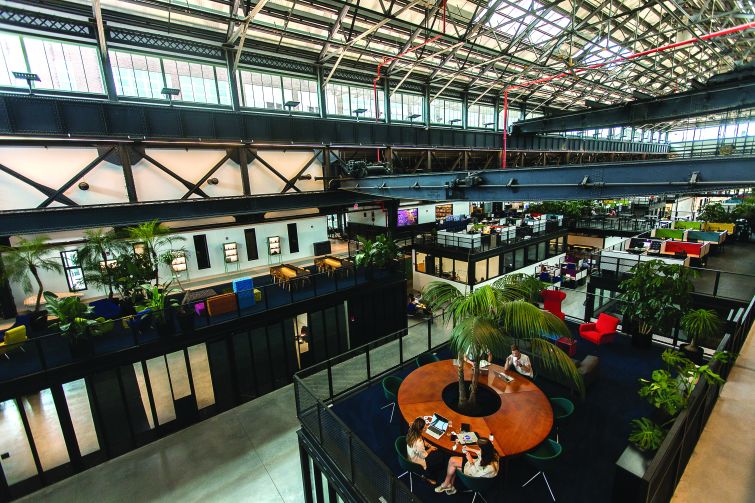 A view of the communal work and meeeting spaces at New Lab in Brooklyn. Photo: Emily Assiran/Commercial Observer danibalbi 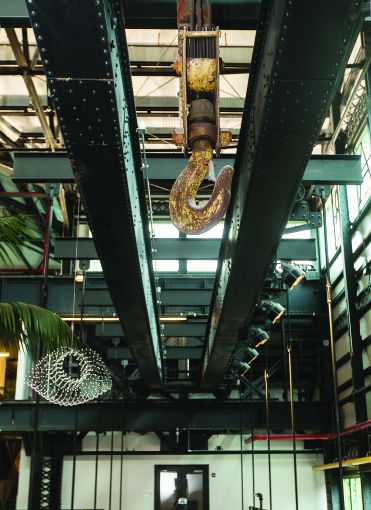 One of the old gantry cranes in Building 128, which are now used to suspend three bridges across New Lab in the Brooklyn Navy Yard. Photo: Emily Assiran/Commercial Observer danibalbi 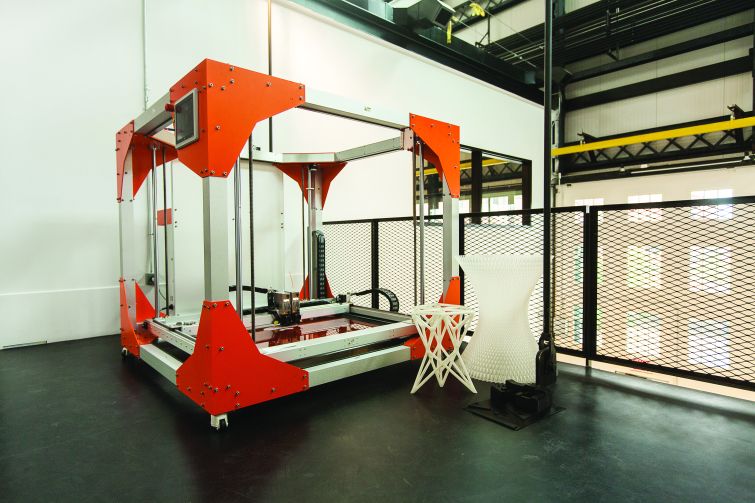 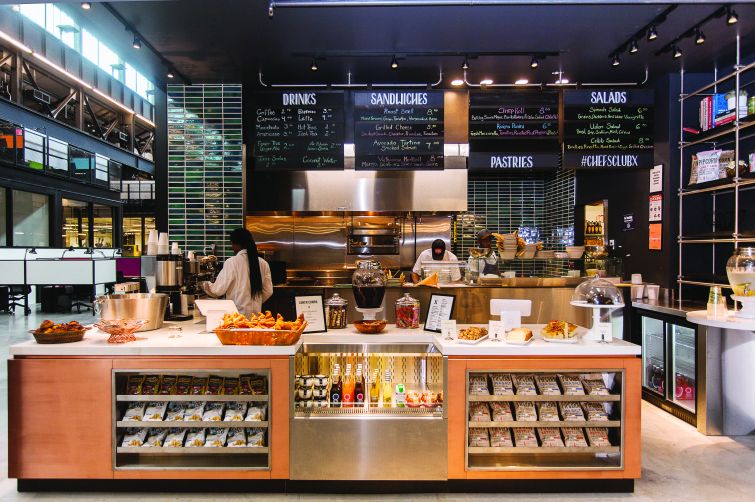 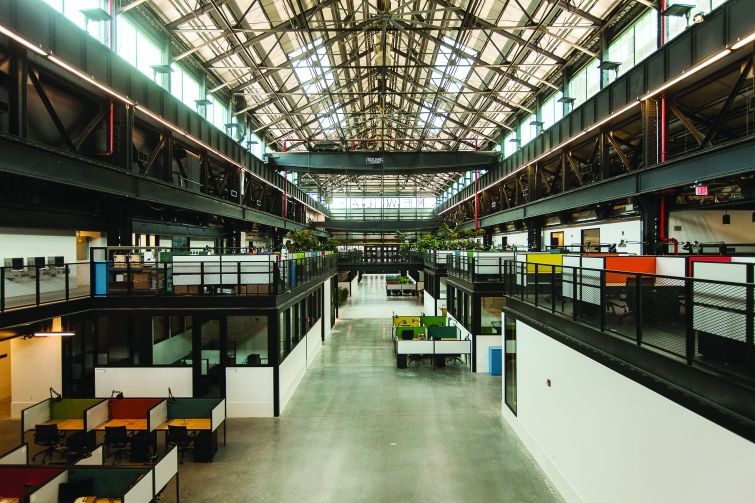 A view of the ground and mezzanine levels at New Lab in the Brooklyn Navy Yard. Photo: Emily Assiran/Commercial Observer danibalbi
Previous Next

In the Brooklyn Navy Yard, gantry cranes were primarily used to move around massive ship parts—but now some of the industrial relics are facing a different fate.

In the Macro Sea-designed New Lab, which occupies Building 128 in the Brooklyn Navy Yard, those gantry cranes now suspend three bridges across the space, creating another floor for users to work, have meetings or just relax before returning to their challenging tech, engineering and design jobs.

The Brooklyn Navy Yard Development Corporation handed over the building in August 2015 to New Lab’s two founders—David Belt, who also founded development firm Macro Sea, and artist Scott Cohen. Within 10 months, the 51,000-square-foot space was retrofitted into 84,000 square feet and was ready for its first tenants to move in. New Lab’s grand opening will take place on Sept. 24, and at full capacity, it will house 250 folks from 50 to 60 companies—spots that more than 280 companies applied for, Belt told Commercial Observer. Private and shared studios for those tenants range from 300 to 8,000 square feet, and users have access to a 4,500-square-foot event space.

The first bridge, which floats above the building’s main entrance, houses a small museum, which gives a sense of the types of firms working in New Lab—perhaps the most universally exciting artifact on display is a small Mars rover model from Honeybee Robotics, a company that makes parts for the tiny robot explorer. A few steps away one can find a nano-microscope that magnifies up to one-billionth of a meter from Nanotronics Imaging. (The microscope, which is being used to inspect food for E. coli, is not the only highly useful project Nanotronics is working on: They are shrinking photovoltaic cells, which are used to convert light energy into electricity, down to the nano-level so those cells can be added to paint and make an entire building a conductor.)

For Belt and Cohen, one of the most important parts of New Lab, besides bringing together its impressive tenant roster, was providing the proper tools for its users. While the New Lab community primarily consists of companies past “startup” phases and on B and C rounds of funding, the ground- and mezzanine-level prototyping shops provide tenants with a range of advanced manufacturing tools that they could not necessarily afford to have on their own. Electric, wood and metal shops are available 24/7 to both full-time users and flex-users of New Lab, as well as a 6-by-6-foot 3D printer. When CO was touring the space, the massive printer had just completed the prototype of a stool for furniture retailer West Elm.

“It helps with innovation and [allows users to] leverage other bigger resources,” Belt said, referring to the resources available to the community. “Companies like being around their peers. They’re on the top of their game but also looking into an abyss because entrepreneurs can fail at any time.” In fact, members of New Lab’s Beta Space, which served as a living prototype of the community before it opened, collectively amassed $120 million in investment.

And for Belt’s firm Macro Sea, bringing the built-in environment to life was of just as much importance. Nicko Elliott, the design director at Macro Sea, pointed to the design of New Lab, and how it breaks from the traditional idea of what a space catering to tech-tenants is supposed to look like.

Macro Sea’s designers countered “those typical approaches” by introducing post-modern design into the space and using high-end materials, like marble to line the conference room walls, Elliott explained. In one of the breakout spaces on the mezzanine level are Gaetano Pesce-designed couches, which are brightly colored, tufted and reminiscent of Tetris blocks.

Additionally, much of the furniture was designed in-house at Macro Sea, and if not, it was retrofitted by the firm’s designers. A number of the chairs throughout the space were Danish midcentury, bought at auction in Chicago and reupholstered in new blue, green, yellow and red fabric. Custom-designed desks were paired with Herman Miller Eames chairs that Cohen actually found in the trash: One night, Cohen was walking around Soho and found the wooden chairs outside the Scholastic Building, so he called Belt, and that night, they rented a truck and brought the seats to their new home at New Lab.

“For this project, the building is so massive, and the architectural elements are so strong to begin with,” he said. “One of my favorite things is the new use of color. In other kinds of spaces, it probably would have been terrifying to go with such saturated, intense colors, but [Clifton] led us in that direction, and it was totally right.”