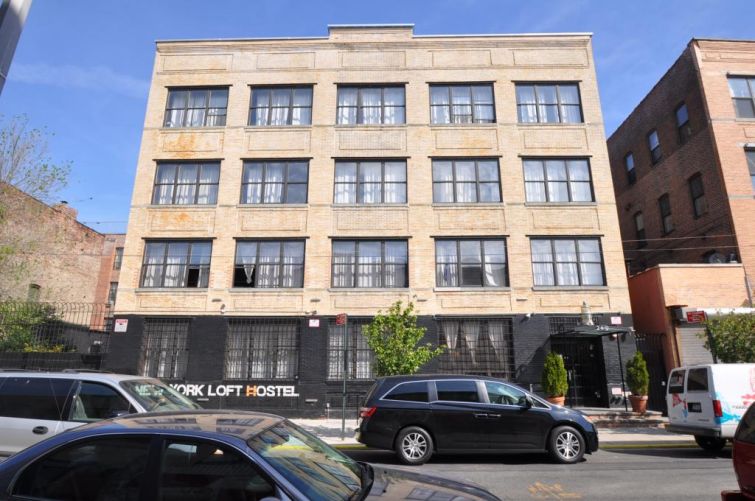 David Levitan, a Brooklyn developer and owner of homeless shelters, has purchased a shuttered hostel at 249 Varet Street in the East Williamsburg section of Brooklyn for $21 million, Commercial Observer has learned.

The 25,400-square-foot, four-story New York Loft Hostel is slated to become the city’s newest 140-bed homeless shelter for single adult men, ages 55 and older, CO reported last month, after receiving confirmation from a spokeswoman for the New York City Department of Homeless Services. The spokeswoman today confirmed that the new owner is proceeding with the same plans.

“It was a really funky hostel. It had great cash flow,” said Cushman & Wakefield‘s Stephen Palmese, who alongside colleague Andrew Posil represented the sellers, Jon Colsky and Juan Figueroa.

Palmese added that the sellers cashed out the investment, because they realized they would make a good profit.

The pair purchased the property for $2.5 million in June 2006 under the name Varet & Bogart LLC, according to city records, and converted it from a manufacturing building. The hostel officially opened for business in July 2008 and closed in August. Figueroa told CO that they are planning to reopen it in Bushwick near the Wilson Avenue L train station. Plans have yet to be filed with the New York City Department of Buildings.

“It’s going to be fantastic,” Figueroa said. “We are now in the planning stages. And it’s all as of right.”

Levitan did not return a call for comment, and it was not clear if he had a broker in the deal.

This won’t be Levitan’s first homeless shelter conversion project. He owns one at 3154 Emmons Avenue in Sheepshead Bay, Brooklyn, between Coyle and Ford Streets, according to city records.

And, in Harlem, Levitan purchased a community center building at 151 West 136th Street between Adam Clayton Powell Jr. Boulevard and Lenox Avenue from Mother African Methodist Episcopal Zion Church for $7.1 million in November 2015, public records indicate. Members of the church alleged that Levitan lied to them when promising to convert  into residential condos. Instead he converted it into a homeless shelter, the New York Daily News reported in June.

Update: This article was edited to include remarks from the seller.