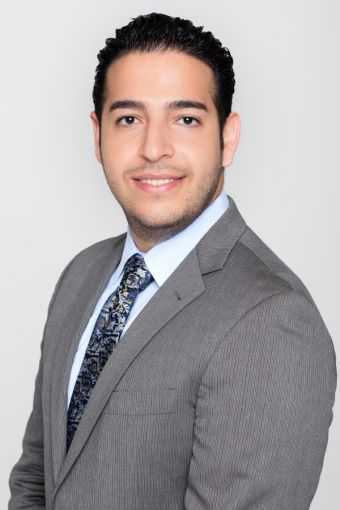 Sharestates, an online crowdfunding platform for real estate financing, launched in February 2015. Since then, the Long Island, N.Y.-based firm has grown from its three founders to a busy staff of 40, is licensed in eight states and is ready to go bicoastal in 2017 with a California base. Recent multifamily acquisition financings include $3.95 million for 358 Kosciusko Street and $1.54 million for at 268 Dean Street, both in Brooklyn. Sharestates Chief Executive Officer  and Founder Allen Shayanfekr, 28, spoke with  Commercial Observer about his humble beginnings, how he is staying ahead of the game in a largely unregulated business and why keeping it in the family is so important to him.

Commercial Observer: Your family is Iranian. How did you first come to the U.S.?

Shayanfekr: My family is of Persian-Iranian-Jewish descent. My parents left Iran back in the 1980s when it wasn’t a great place to be for the Jewish religion. My mother was pregnant with me at the time, and I was actually born in transit, in Italy. They left Iran as fugitives under false names and went first to Turkey, then to Italy and to the U.S. from there. I was around 4 months old when we got to New York. My parents had left everything behind, and we arrived with nothing in our pockets.

The Persian community is very big into real estate, but we were a minority in the community because we came here without resources—and most arrived in the 1970s when they were able to take advantage of some of the lower real estate prices. By the time we had gotten here, 10 to 15 years later, those people had already made their wealth in a substantial way. So, we were always surrounded by people who had money; we just weren’t on that side of the table.

Growing up in that scene it was always a dream for myself and my family to make it big, to be at a point where we had various investments in real estate holdings and those investments would spit off cash flow, which we could then use to support our family.

What did you study at school?

I thought if I could surround myself with people who knew more than me in the industry, I’d be able to learn from them. The quickest path to that for me was going to law school and starting with the basics—understanding the legalities of a real estate transaction, how deals are structured and how they are financed.

I went to Touro Law Center law school in Long Island, because that way I could stay at home and take care of my family. My father passed away when I was 19, and I had my mom plus a brother who is 10 years younger than me at home. Because of the circumstances around how we grew up, we became a very close-knit family.

What was your first job in real estate?

Prior to finishing up law school, I had done some work with Raymond and Radni [Davoodi, the co-founders of Sharestates—Radni is also Shayanfekr’s brother-in-law] on their initial core business—Atlantis National Services, a title services company.

Once you understand title and how the different issues that are related to title come up, you can orchestrate very advantageous situations with real estate transactions that will allow you to do a deal that others may pass on [due to its complexities].

How did the idea for Sharestates come about?

[Raymond, Radni and I] were tossing around some business ideas on a Friday night, and the idea came up. The word “crowdfunding” didn’t really exist back then, in 2012. Ray said, “If you could go online and buy a piece of a building on your credit card for $500 and that building would pay you a dividend for the rest of your life, would you do it?” And we said “yes, definitely—if I can’t buy the whole thing myself, I might as well own a brick.” That’s where the legal side of my background came in. I started doing research into the regulatory issues and compliance issues and realized that securities laws would be involved, because at the end of the day we are selling a security. So, I spent around a year just doing ground work on what we could do, how we can advertise and market, who we can solicit and can’t solicit, what representations and warranties we can make, and I put together the structure.

Why is now the right time for a platform such as this?

In 2012, [President Barack ] Obama passed the Jumpstart Our Business Startups Act, or JOBS Act. Part of that was lifting some of the securities regulations around the exemptions that we operate under, particularly Rule 506 of Regulation D. An exemption was added which lifted the ban on public solicitation and advertisement on private offerings. The way it used to work was that if you wanted to raise capital from a crowd of people, you had to have done business with them in the past. So what we’re doing today wouldn’t have worked—we wouldn’t have been able to put an offering online and do mass marketing and advertising, or say “Hey Joe, we’ve never done business before, but do you want to invest $1,000 in this deal?” It wouldn’t have been allowed. So that changed [in 2012], opened up the market and allowed us to start soliciting and advertising.

We knew there was validation of the business model at the consumer debt space, but we had to bring about validation in the real estate sector. That took some time—we’ve been working on this for four years, and only recently have we had massive traction.

How do you stay ahead of competitors?

Our core advantage is our real estate background. Our peers tend to come from technology or finance backgrounds. From originating to application to term sheets to underwriting to processing to closing to post-closing to servicing that loan and then recording the satisfaction of the mortgage and making sure the loan is cleared through title—we know that entire process from front to back.

We’re closing loans quickly. Banks have an eight- to 12- week process, and the borrower may be eight weeks in when they discover the bank is not going to do their loan. Our average closing time is two weeks, although we’ve done them faster.

Are there any assets you won’t touch?

We tend to stay away from single-tenant speculative deals in rural and emerging areas. We usually look for multifamily or mixed-use assets, or retail strips where there are multiple tenants.

What do you think the future is for crowd-funded real estate transactions?

In 2013 and 2014, there was a lot of criticism, and nobody thought it would work. In 2015 the tides began to shift, and in 2016 I think people now recognize it as a legitimate form of financing. Most of our work has been added in 2016, and generally speaking I think it’s just going to grow exponentially from here.

As with any new industry, it’s still relatively unregulated, and nobody has screwed up in a big way yet. But at some point, someone will likely do something they shouldn’t be doing, and that bad apple will unleash a wave of issues for everyone else in the industry. That’s one of the things we’ve been focusing on in 2016. We’ve been getting ahead of the game and ordering third-party audits of our company, from a financial and technology perspective. We’ve put in place certain measures that might not be required of us today but are industry best practices for companies in the real estate sector and financial sectors. So even though certain rules and regulations might not apply to us, we still hired a top 10 accounting firm to audit all of our books and records. We hired a technology firm to check our information technology infrastructure, and they gave us a Service Organization Controls 2 (SOC 2) Type 1 certification, which says we’re using industry best standards for data encryption and protection. We’re just trying to stay ahead of the game.