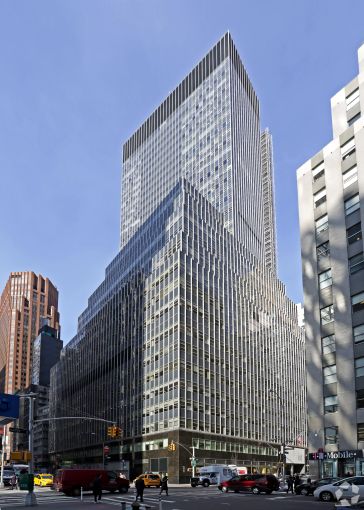 Commissioners of the Port Authority of New York & New Jersey voted today to relocate two construction divisions to 80 Pine Street from its longtime home at 115 Broadway.

The bi-stage agency will occupy 57,245 square feet in a sublease at the Rudin Management Company-owned, 1-million-square-foot building between Water and Pearl Streets, according to an agenda for the board’s September meeting. The seventh-floor space is currently leased by Transatlantic Reinsurance Company, the sublandlord, whose term runs through December 2021.

The Port Authority will pay $8.2 million in rent—about $30 per square foot—over the more than five-year term, the agenda indicates. It will also pay up to $1 million for moving and refurbishing fees, some of which are slated to be offset by tenant allowances from Transatlantic Reinsurance Company. It wasn’t immediately clear if either side had a broker in the deal.

The pre-built space at 80 Pine Street is expected to be ready this November, according to the agenda. That’s when the Port Authority is slated to move some 100 employees working in the  major capital projects and World Trade Center construction divisions from 115 Broadway.

It downsized its footprint at the building in July 2015, as Commercial Observer previously reported, to roughly 70,000 square feet from more than 100,000 square feet. The lease is slated to terminate at the end of this year, according to the agenda.

The agency’s main offices are at Silverstein Properties’ 4 World Trade Center, where it occupies a big chunk of the 2.3-million-square-foot tower. It also leases office space at 225 Park Avenue South between East 18th and East 19th Streets.