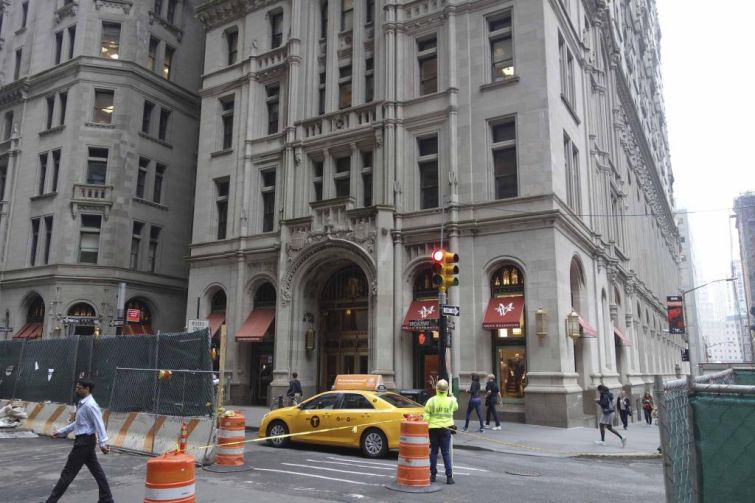 The Port Authority of New York & New Jersey is staying put in some 62,000 square feet at 115 Broadway as much of its other offices move back to the World Trade Center.

Terms of the lease are spread out, with the Port Authority signing a deal for two to 10 years, according to the spokeswoman. The offices are spread across three floors, according to The Real Deal, which first reported news of the renewal.

The spokeswoman could not provide asking rents. CBRE’s Adam Foster, Brad Gerla, Peter Turchin and Sam Spillane handle leasing at Trinity Centre. A CBRE spokesman did not immediately return a request for comment.

It’s one of two locations that the Port Authority settled into after 9/11. The agency also leased 315,000 square feet at 225 Park Avenue South between East 18th and East 19th Streets, TRD reported.

Port Authority officials settled into the 72-story 4 World Trade Center earlier this year—coming back nearly 14 years after 9/11. The bi-state agency leased 13 floors of space for 520,000 square feet from Silverstein Properties, according to The New York Times. Silver Suites, the shared office workspace company operated by the landlord, is set to open on the entire 29th floor for 45,000 square feet this summer.

The loss of 40,000 square feet by the Port Authority doesn’t seem to be affecting Trinity Centre landlord Capital Properties too much. Commercial Observer reported in April that Paperless Post more than doubled its foothold in 115 Broadway to 36,000 square feet (the online invitation company previously had 15,000 square feet).