Now That the L Is Shutting Down, Will the G Train Finally Get the Respect it Deserves? 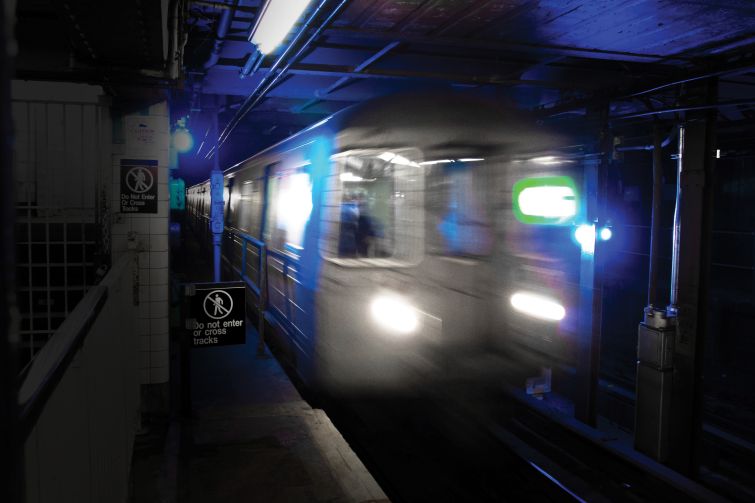 With the L train shutting down in three years, will Brooklynites finally learn to go green? And, no, we’re not talking about energy efficiency.

Some are saying the G train—that notoriously slow line from the Kensington section of Brooklyn into Long Island City whose slogan could easily be “I’ll get there when I get there”—is about to have its moment. The Metropolitan Transportation Authority plans on boosting the number of G train cars (there are only four in each train) and its frequency.

“There’s been a very marked and substantial increase in deal activity [in terms of real estate sales] along the G line,” said Benjamin Tapper, a sales broker with Eastern Consolidated.

One of those G line areas of intrigue is Greenpoint, where Tapper has sold two properties in the last year for more than $10 million combined. Those include 947 Manhattan Avenue at Java Street, a six-unit rental property that sold in June for $3.25 million, and 216-218 Freeman Street, a development site with the ability to build 23,250 square feet that sold in November for $7 million, he said. Both are within blocks of the Greenpoint Avenue subway stop.

Stellar Management has seen that and is developing 211 McGuiness Boulevard—two blocks form the Greenpoint Avenue station—into a 197-rental unit building. The project, which will have 40 apartments earmarked as below market rate, will be finished in 2018, just ahead of the L train’s anticipated closure, according to Adam Roman, the chief operating office for the developer.

“The L train shut down has brought a renewed focus on the G train,” Roman said. The G has sort of historically not so good of a reputation. But I think as Greenpoint grows…we’re going to be in an established community.”

The L train hubbub started in July when the MTA announced it would shut down the popular line—which carries some 225,000 Brooklynites into Manhattan every day—for 18 months to repair damage from Superstorm Sandy beginning in 2019.

As a supplement, the state-run transportation agency has been exploring alternative means of transportation, including the additional cars on the G train.
An MTA spokesman said the numbers are still being hammered out, but the agency plans to double the number of cars to eight from four as well as increase the frequency of G train service.

The changes haven’t been lost on Robert Nelson, the president of Nelson Management Group, which owns three rental buildings within two blocks of the Clinton-Washington Avenues station in Clinton Hill. Nelson said interest in his apartments has increased as more people are lured to the neighborhood and its access to the G train, with the vacancy time for units decreasing to two weeks from two months a few years ago.

Nelson, who has owned most of the properties for about 20 years, said the upgrades to the G in the wake of the L’s departure will not just improve service but also keep riders on the line even after the L comes back. That in turn will keep residents staying in these G train neighborhoods well beyond the point where the subway is a necessary evil.

“I think the MTA will have no choice,” he said. “These changes will probably become permanent changes.”

How come the G might not be a legitimate replacement?

Part of it is how far the G has to go to become even a mediocre subway line. The most recent performance data on the line by the Straphangers Campaign found in 2010 that the train’s schedule is less than the average for New York City’s subway lines, and its cars were more likely to break down when compared with the rest of the system’s rolling stock.

Plus there’s the fact that the G train does not run into Manhattan. Williamsburg- and Greenpoint-based riders will still have to take it north to Long Island City or south into Brooklyn to transfer to anything that gets a rider to Manhattan.