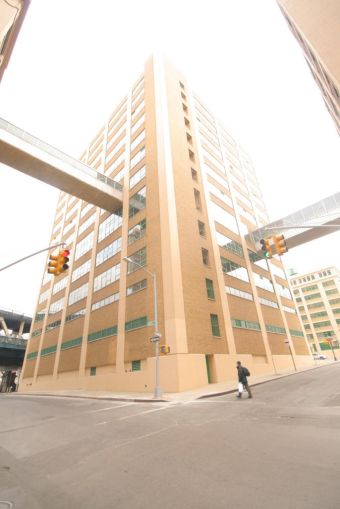 Wipro Digital, a technology and design strategy firm, has inked a 18,800-square-foot deal at 77 Sands Street between Pearl and Jay Streets, according to a press release from landlord Kushner Companies.

While a spokesman for the landlord declined to provide the asking rent in the 10-year lease, it was in the low-$60s per square foot, according to The New York Post, which first reported news of the deal. Wipro Digital will be on the 11th floor, according to CoStar Group.

“All you need to do is look at our expanding tenant list and it’s clear: Dumbo Heights has become the place to be for New York City’s leading innovation economy companies,” Daniel Bodner, the vice president of leasing at Kushner Companies, said in prepared remarks.

The building is  a part of Dumbo Heights, which is comprised of six properties and a combined of 1.2 million square feet in the Dumbo section of Brooklyn. Kushner Companies, LIVWRK and RFR Realty acquired them for $375 million in 2013 (Jared Kushner, the chief executive officer of Kushner Companies, owns Observer Media which published Commercial Observer.)

Bodner represented the landlord along with Sacha Zarba and Jeff Fischer of CBRE, while Yarden Drimmer and Matthew Fisher of Cushman & Wakefield represented the tenant. A C&W spokesman did not immediately comment on the deal.

The firm is currently based in Manhattan where it occupies 7,800 square feet at 18 East 16th Street between Union Square West and Fifth Avenue. It will share its new space space with Designit, a Copenhagen-based design firm that it acquired in 2015. Since then, they’ve partnered up to open studios in different parts of the world: New York, London, Bangalore and Medellin, Colombia.

“Dumbo Heights is the perfect place for us to create the future for our clients and our company,” Rasmus Moller Sorensen, the executive director of Designit, said in a statement. “Surrounded by the most amazing views of Manhattan and Brooklyn, we’re building a simple, flexible and modern environment that allows us to work closely together, focus, have fun, be inspired and inspire others.”

Other tenants in the 54-year-old building include Alexis Bittar, a high-end jeweler, via a 10-year, 18,800-square-foot lease, and WeWork, which occupies 72,000 square feet.