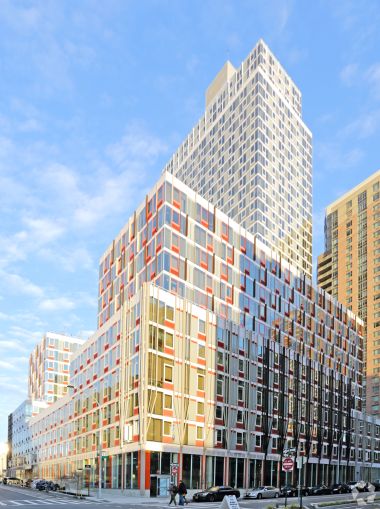 The big question surrounding Long Island City’s real estate boom of the last few years is when the national retailers will come to the residential-heavy western Queens enclave.

Related Companies, one of the developers to plant a flag in LIC, answered it in recent weeks by signing CVS/pharmacy to Hunter’s Point South Commons, one of its buildings in the southern portion of the neighborhood. Commercial Observer has learned that the store will occupy 11,218 square feet on the ground floor of 1-50 50th Avenue, the 619-unit rental building between Second Street and Center Boulevard that is part of the broader Hunters Point South project.

The store accounts for most of the building’s roughly 13,500-square-foot retail space, according to Frank Monterisi, a senior vice president of Related. CVS is expected to assume the space later this year, he added. It will have frontage along all of Second Street.

“I think CVS was very strategic in that they saw a great location,” said Monterisi, who noted that the Hunter’s Point South development will include 5,000 residential units upon completion (a completion date has not been announced). “It will be literally the first thing people see when they come down from the subway and come to the waterfront.”

The lease was a direct deal between Related and CVS, according to Monterisi, who declined to provide the terms of the deal. CoStar Group indicates that the asking rent on the transaction was $75 per square foot.

A spokeswoman for CVS said in an email that the store is expected to start serving the LIC community by June 2017.

“We’re thrilled to be a part of the community and offer our best-in-class pharmacy services, along with convenient access to health and beauty products as well as better-for-you snacks,” she said.

There is still roughly 2,500 square feet of retail space available at the building, Monterisi said, adding that it faces Gantry Plaza State Park along the East River. That is being marketed to restaurant-type operators.

“There’s a lot of density coming,” Monterisi said. “Therefore there will be a growing need for retail.”

Related has tapped Winick Realty Group to market the remaining space at the property, along with the neighboring Hunter’s Point South Crossing (the 306-unit property also part of the company’s part of the LIC development), which has an official address of 1-55 Borden Avenue. By signing CVS, the neighborhood has a national retailer benchmark to draw in other amenity-focused tenants, said Aaron Fishbein of Winick who is marketing the rest of the retail but was not involved in the CVS deal.

“The fact that they’re spearheading the retail for the Hunter’s Point development is a big deal,” he said. “Typically when national [retailers] sign, you have others follow.”

The Long Island City Partnership, the area’s business improvement organization, calculated earlier this year that about 270,000 square feet of retail will be coming to the neighborhood over the next five years, as CO reported in March. While there was a Duane Reade at 4702 Fifth Street between 47th Road and 47th Avenue, business groups and retail mavens noted that there were few national chain stores to serve the growing area’s needs.

Elizabeth Lusskin, the group’s president, said in a statement that the CVS deal would be a major boon for the area.

“Having this national pharmacy brand coming to the area is a simple, yet significant milestone in the district’s growth,” Lusskin said via a spokesman. “As the area continues to grow its diverse mix of businesses and residents, we will continue to see retailers that provide key services filling in the hundreds of thousands of retail square feet coming online.”

CVS, meanwhile, has been consistent with keeping big store footprints like this one, as the competition—Duane Reade and Rite Aid—rethink how they take space and what they sell in it, as CO reported last December.