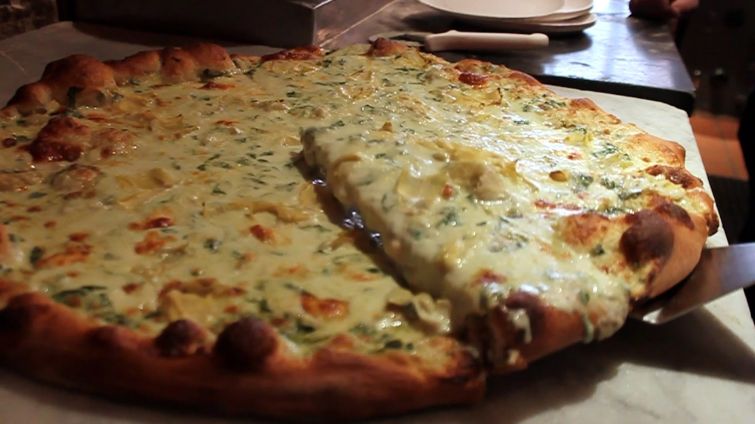 Artichoke Basille’s Pizza, the eatery famous for its decadent, creamy, artichoke slathered slices, is opening up its eighth New York City outpost at 18 Wyckoff Avenue in Bushwick, Brooklyn, according to a press release from M Properties Group, which brokered the deal on behalf of the landlord.

The pizzeria will occupy 1,500 square feet at the property on the corner of Wyckoff Avenue and Troutman Street, a mixed-use residential and retail building, said Max Lu of M Properties Group. The landlord was asking $125 per square foot, per the release.

Artichoke is slated to open in early October, according to local news website DNAinfo, which first reported news of the deal. Lu told Commercial Observer that work building out the eatery was almost complete.

“[Bushwick is] becoming an established market for retail real estate,” he said.

Prior to Artichoke, the spot was the home of the now-shuttered Northeast Kingdom. The building was recently sold in an off-market transaction to Clerestory Properties in May for $4.3 million, in which M Properties was also the broker. M Properties and Clerestory were not immediately reachable for comment.

Along with another location in Park Slope, Artichoke Basille’s Pizza has a handful of Manhattan locations as well as one on 31st Street in Astoria, Queens.