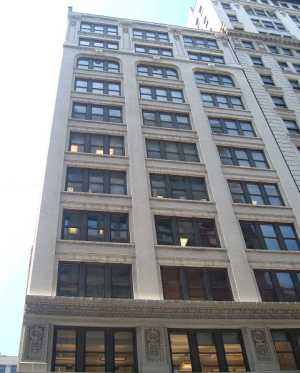 A+I, an architecture and design firm, has inked a 13,000-square-foot deal at 16 West 22nd Street between Fifth Avenue and Avenue of the Americas, Commercial Observer has learned.

The company will occupy the entire 11th floor of the 12-story building via a 10-year deal, according to a news release from A+I.

The New York-based A+I is currently at 920 Broadway between East 20th and East 21st Streets, where it occupies 7,500 square feet on the 11th floor and 3,500 square feet on the fourth floor. It will move to its new offices in spring 2017, according to Brad Zizmor, the founding principal of A+I. He declined to provide the asking rent.

“We wanted one consolidated space with room to grow,” Dag Folger, A+I’s other founding principal, told CO. “The new space feels like a living loft and we were attracted to that.”

The firm grew to a team of 70 architects, designers and strategists from 22 in its 12 years at 920 Broadway, forcing it to outgrow its space, according to the release. The new office can accommodate about 90 employees.

“This is an exciting opportunity for us to design a workspace for ourselves with expertise we have have developed with 20 years of practice,” Zizmor said.

Michael Joseph and Michael Thomas of Colliers International represented the tenant, while Barbara Yagoda of Newmark Grubb Knight Frank represented the landlord, Meysar Realty. None of the brokers immediately returned a request for comment.

Other tenants in the building include financial firm Quotidian Ventures, apparel brand Rebecca Minkoff and IT solution provider, Xactaid Technologies.