All Affordable Housing Development Is Local 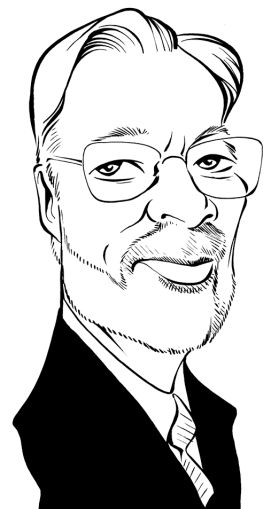 Tip O’Neil’s famous observation that “all politics is local” is brilliantly simple and equally applicable to affordable housing development—it either survives or fails based upon grass roots support, or the lack thereof.

National polls consistently report that lack of affordable housing is an important issue for 60 percent of Americans. It was reported in 2014 that over 11 million households in the United States spend more than half of their income on rent—379,000 households in New York City alone. Yet the issue was not even mentioned in either the Democratic or Republican primary debates. Democratic presidential candidate Hillary Clinton has announced a viable affordable housing plan but rarely mentions it, while Republican presidential candidate Donald Trump has not identified affordable housing as an issue for his campaign.

It is no wonder that affordable housing solutions are rarely addressed in the political arena. It is a complex problem; the solutions are expensive and politically challenging, and the issue evokes strong emotions. Politicians who have ventured into the affordable housing arena often encounter resistance and opposition for either doing too little or too much. For example, Gov. Andrew Cuomo was first widely praised for securing $2 billion in funding for affordable housing in the 2016-17 state budget. Recently, he has been criticized for his agreement with the State Legislature to release only a portion of the funds this fiscal year.

Mayor Bill de Blasio bravely made affordable housing the centerpiece of his administration but has encountered strong resistance to almost every initiative he has proposed. The bulk of the mayor’s announcement about exceeding his goals for his affordable housing plan indicates that two-thirds of his success was accomplished by preserving the affordability for existing housing units. Several construction plans for new housing units have been either blocked by the City Council or slowed by strong neighborhood resistance.

This dichotomy reflects the fact that affordable housing is perceived as change, and like any type of change, it frightens people and communities when it is their own neighborhood or backyard that will change. People’s natural resistance to change is predictable whether it is in the corporate or political world.

My experience with the implementation of organizational change parallels my experience with facing opposition to affordable housing initiatives. People almost universally support the theoretical concept of change—so long as it is someone else experiencing it. Successful change management, at a minimum, requires development of a plan with clear goals that reflects the needs of the organization, and communication of the plan and goals to those who will be impacted. Most importantly, persons who will be impacted by change need to understand how the change will both benefit them and provide them with new opportunity.

Usually, the resistance to change is based in a fear of the unknown. In the organizational space, current employees who have succeeded or survived in the current setting fear that they may not fit in or be successful in a changed organization. In a neighborhood setting, politicians fear that new housing may bring new residents who may not support their political views. Community members fear that new residents will bring crime and/or gentrification to their neighborhoods.

Convincing a neighborhood or community to accept new affordable housing is the most challenging and the most necessary part of a thriving affordable housing development. It starts with enlisting the support of community leaders who have the trust of their neighbors and developing a proposal that reflects the needs of the community. Ultimately, the goal is to earn the trust of the community so the developer understands their fears and in turn the developer will live up to his promises.

Well-planned, affordable housing development benefits the entire community by encouraging new neighborhood investment, creating jobs, expanding housing choice, bringing new services and often eliminating blight. Neighborhood resistance will never evaporate, but developers who adapt plans to include neighborhood input always end up with better plans. Developers who skip this step—or simply go through the motions—do so at their own peril.

Brian E. Lawlor, special counsel at Jones Walker, is the former housing commissioner for New York State and the City of New Orleans, La. He can be reached at blawlor@joneswalker.com