Will a Riskier NYC Remain the Apple of Foreign Lenders’ Eyes? 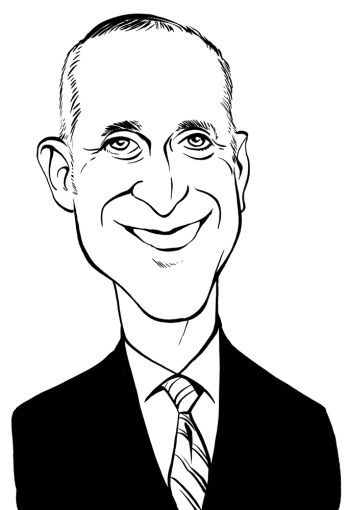 As one of the world’s best-known cities, New York is a natural draw for foreign lenders. But with a riskier market than even six months ago, will foreign lenders stick with the Big Apple or seek out other fruit?

We can’t know for sure, but below are some factors worth considering.

How will Britain’s historic decision to leave the EU affect commercial real estate? London’s loss could potentially be New York’s gain as foreign lenders seek a safe haven. But it’s not that clear-cut. Lenders around the world may reach varying conclusions when weighing the stability offered by a robust CRE market like that of NYC against the cost of doing business in the U.S. That cost is affected by the exchange rate and currency volatility—likely most relevant for British and European banks.

Another way in which Brexit plays a role is that it poses a risk to the health of U.K. banks like London-based HSBC, one of the top five foreign lenders in NYC in 2015. HSBC issued over $1 billion for more than 100 NYC loans that year, according to CrediFi data. One was a $325 million loan for 1334 York Avenue, the headquarters of Sotheby’s, which after more than 30 years at its Upper East Side location, reportedly is looking for a new home.

Though foreign lenders have their own financing considerations, they are also subject to many of the same market conditions governing U.S. CRE, such as high property prices, which could affect their willingness to lend at what could be near the top of the market. And low interest rates make liquidity cheaper, a major factor in the bubble-like growth in small-bank CRE lending cited in a recent Office of the Comptroller of the Currency report.

Another issue is property type. Potentially less stable types could include retail (given the rash of retail bankruptcies and store closures) and multifamily, which the OCC described as more overbuilt than other property types. One advantage of the New York market is the variety of property types available.

Though perhaps better known for office lending, foreign lenders also finance other types of properties, like the 145-unit multifamily building at 1347 First Avenue on the Upper East Side financed by a $232.5 million Deutsche Bank loan last year. The property, which is cross-collateralized with another multifamily building, also has ground-floor retail space occupied by a health food store.

It’s also worth examining what’s happening with specific banks, countries and regions. Germany’s Deutsche Bank and Spain’s Santander Bank, two of the top five foreign CRE lenders in NYC, both recently failed the U.S. stress tests—Santander for the third year running. Both are exposed to Brexit fallout and will have to weigh currency considerations when deciding whether to increase their U.S. lending.

On the plus side for Deutsche Bank, it could be a big winner if Germany succeeds the U.K. as Europe’s financial capital. Last year, Deutsche issued $6 billion in CRE loans in NYC, about 20 percent of which were syndicated.

Britain’s referendum may have less of an impact on Bank of China, another of the top five foreign CRE lenders in NYC, but it must still contend with repercussions of China’s economic troubles. Bank of China issued $1.7 billion in CRE loans in NYC last year, about a third of which were syndicated.

Ely Razin is CEO of CrediFi, a big data platform serving the commercial real estate finance market. He can be reached at ceo@credifi.com