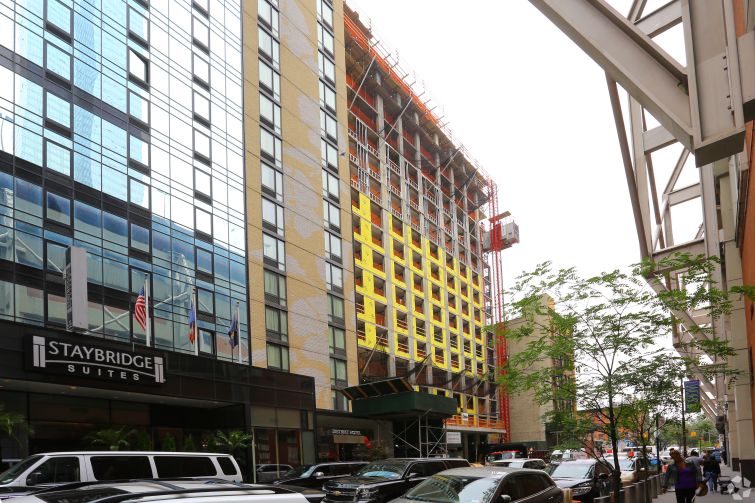 Sam Chang’s McSam Hotel Group received a $215 million mortgage from the German banking giant for the 35-story Doubletree by Hilton hotel at 346-350 West 40th Street, according to records filed with the city today.

The two-year loan from Deutsche Bank carries a rate of 6.75 percent and allows for three one-year extension options, Chang told Commercial Observer. It also refinances a total of roughly $85 million in construction debt that Chang received from Bank of the Ozarks in March 2015, and provides the developer with $163 million cash-in-hand.

Gene Kaufman designed the 198,000-square-foot, 612-key Hilton-branded hotel, which sits between Eighth and Ninth Avenues and is expected to open by the third quarter of this year. In a recent interview with CO, Kaufman estimated that he has done at least 30 hotels for Chang, making the hotelier his biggest client.

Chang’s loan on the Doubletree is not his first dealing with Deutsche Bank. In November 2015, he landed an $80 million mortgage from the German bank for the Holiday Inn New York City-Times Square at 585 Eighth Avenue, which also refinanced construction debt from Bank of the Ozarks, CO reported at the time.

Updated: This story has been updated to include details of the term and rate for the Deutsche Bank loan, and the total amount of construction debt taken from Bank of the Ozarks.