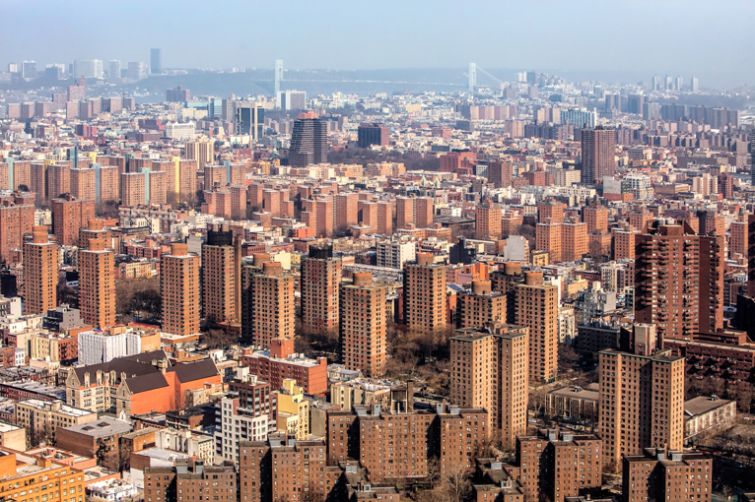 The investment sales market for northern Manhattan has been on fire in the first half of the year and is on pace for a record year with fewer deals bringing in bigger bucks, according to Ariel Property Advisors’ mid-year report provided exclusively to Commercial Observer.

The area, which the brokerage defines as north of East 96th Street and above West 110 Street, has recorded about $2.03 billion in 154 transactions during the first six months of 2016. That is up 44 percent from $1.4 billion through 173 sales during the same period last year, and $930 million in 182 deals between January and July 2014, the report indicates. In fact, assuming the second half of 2016 matches the first half and northern Manhattan sees $4 billion worth of investment sales, it will trump the previous $3.2 billion record set in 2014, a spokeswoman for the real estate services company said.

“There is a lot of demand,” Victor Sozio, an executive vice president at Ariel Property Advisors, told CO. “And a lot of it is related to the fact that the [area] has performed a lot better than investors have expected so far.”

While there was just 12 sales in assets above the $20 million mark in the first half of 2015, this year there have been 23, according to the brokerage.

So why is northern Manhattan so hot when investment sales in the borough may drop 24 percent to $45.3 billion for the entire year, Cushman & Wakefield predicts, from the $59 billion that was recorded in all of 2015? The sales are dominated by rental apartment buildings.

Multifamily housing, which is the region’s bread and butter (have you ever seen a northern Manhattan office report), is a safe bet compared to other types of non-real estate investments, which have become riskier thanks to various occurrences that rocked the world, including the turbulent stock market in China and the upcoming general election, Sozio said, excluding Brexit because it occurred at the tail end of the six-month period.

Multifamily transactions accounted for 72 percent, or $1.48 billion, of the $2.03 billion in sales closed in northern Manhattan during the first half of this year.

“It’s a stable and reliable investment,” Sozio said. “When you consider all the global [activity] that is happening and interest rates are still being suppressed, the lending environment for [multifamily housing] is healthy.”

Sozio added: “Lending for [development sites] has become very difficult. With the lack of [the] 421a [program], and the fact that the luxury condo market has been damping citywide, lenders are taking a step back.”

And while indecision on restoring the 421a tax abatement program is hurting residential condo development, it is helping increase demand for rental housing, which pushes building prices up for multifamily properties.

“The lack of 421a is stifling development and reducing the number of new units that can be put on the market, therefore limiting supply, and since demand remains the same, it pushes rents north,” said Robert Shapiro, an executive managing director at C&W. “Multifamily product is the most in-demand and safest product out there.”

Meanwhile, as prices have increased in the area, the average cap rate has dropped to 4.16 percent between January and July of this year from 4.28 percent in the same period in 2015, according to Ariel Property Advisors. Notably, it has dropped every year since 2010, when it was 7.19 percent, meaning buyers won’t make nearly as much money on their investments in the short-term. That doesn’t bode well for investors.

“As cap rates continue to compress, some investors will seek higher yields in other markets, like the Bronx and Queens,” Sozio said.

But he added: “The reasons that they are willing to accept these lower returns going in is because they are predicting that they will be able to [upgrade] these properties and charge higher rents, or go ahead and exit and get a good return in six or seven years.”