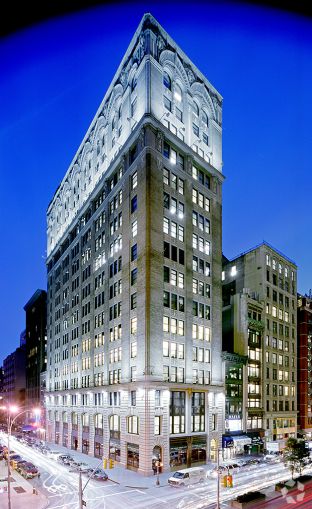 One longtime tenant and a new one have inked deals at 381 Park Avenue South, Commercial Observer has learned.

Sepp Leaf Products, which sells gold and other metal leaf products, renewed its 4,617-square-foot space for another three years, keeping the firm on the floor until 2019, according to a press release from landlord ATCO Properties & Management.

The metals company has been based at the 220,000-square-foot building between East 26th and East 27th Streets since 1997, a spokeswoman for the landlord said.

Knowledgent Group, a data and analytics company, has signed a new lease to relocate to 381 Park Avenue South, the release indicates. The seven-year deal is for 4,747 square feet on the 10th floor, and the firm will move in by the end of the summer. The company is currently based at 1177 Avenue of the Americas between West 45th and West 46th Streets, according to the release.

Chris Kraus of JLL represented Knowledgent Group, while Winter represented ATCO. A JLL spokesman did not immediately return a request for comment.

Asking rent in both deals was $68 per square foot, according to the release. Kate Goodman, a co-president of ATCO, said in the release that the building has done particularly well in this market.

Production and marketing firm Superfly signed a 16,267-square-foot deal this March for an entire floor at 381 Park Avenue South, as CO previously reported.