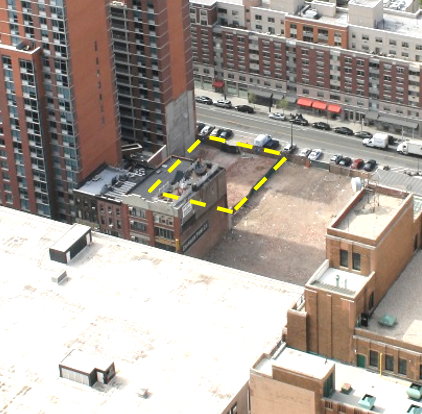 GPB Capital Holdings has finally closed on a $30 million purchase of a development site in Downtown Brooklyn at 211-215 Schermerhorn Street from developer Nicholas Cammarato, 13 months after signing a contract, Commercial Observer has learned.

The Chelsea-based asset management company filed plans in February for a 75,000-square-foot, 47-unit condominium on the site between Hoyt and Bond Streets with the New York City Department of Buildings. The 14-story project, which will be surrounded by much taller rental residential buildings in the booming neighborhood, will include 5,372 square feet of retail space on the ground floor, according to the public filings. Morris Adjmi Architects is designing the project, city records indicate. (The initial plans were disapproved in March.)

According to TerraCRG’s Ofer Cohen, who represented the seller with colleagues Melissa Warren, Dan Marks and Peter Matheos, both sides agreed to the August closing date so Cammarato could “have more flexibility” to purchase property via a 1031 exchange—which allows investors to defer taxes on a newly acquired property after a sale. Cohen said he did not help his client in the purchase of a new property and did not know if he had successfully identified one. Cammarato wasn’t available for comment.

In 2013 and 2014, Cammarato paid more than $16 million for the three lots comprising the site, as CO previously reported. Today he is able to double his profits thanks to the surge in value in Downtown Brooklyn, Cohen said.

“He took advantage of a very healthy market,” Cohen told CO. “If he had put it on the market today it would not have been such a great return. Timing is everything. He was smart enough to take advantage of the market.”

GPB Capital did not immediately return a call seeking comment and the company didn’t have a broker in the deal.

The Real Deal first reported news of the the property being in contract last year.