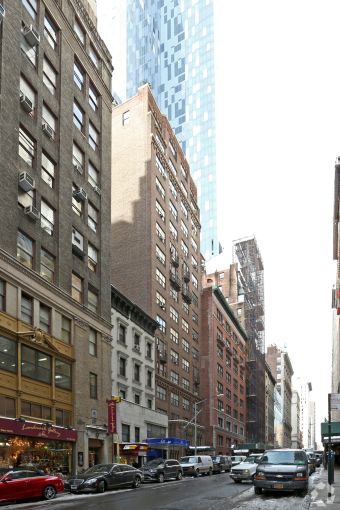 Gary Barnett’s Extell Development Company has sold an apartment building near the bottom of Central Park at 134 West 58th Street to S.W. Management for $61.5 million, according to city records published today.

The sale of the 15-story building between Seventh Avenue and Avenue of the Americas closed on July 26, records indicated.

Extell purchased the building in 2008 for about $39 million from Samson Management, according to public records. Extell filed building permits in November 2015 to develop a new 41-unit, 18-story building on the site, which were approved in April by the New York City Department of Buildings.

The planned 52,000-square-foot structure was supposed to include two apartments on the first floor, three on each of the second through 12th floors and one large apartment on each of the 13th through 18th floors, according to The Real Deal.

A spokeswoman for Extell did not immediately return a request for comment.

It is not immediately clear if S.W. Management plans to develop the property. A call to the firm’s office requesting comment was not returned.