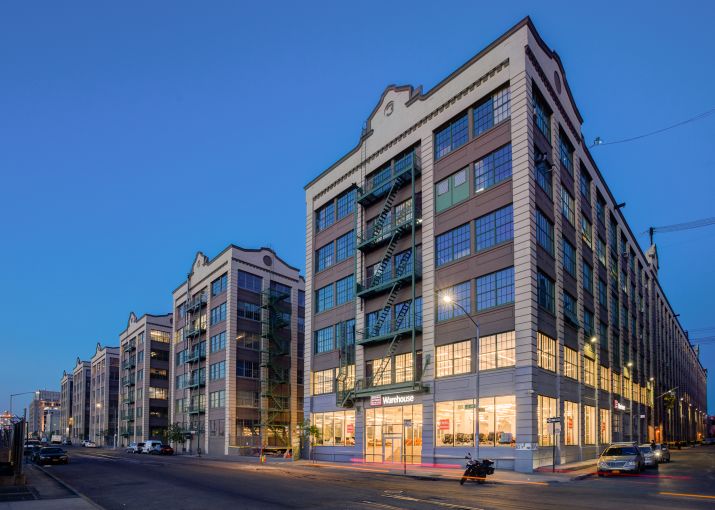 Building 3 at Industry City, which has Design Within Reach Warehouse on the ground floor (Photo: Industry City). Lauren Elkies Schram

EverGreene Architectural Arts is departing Manhattan for Industry City in the Sunset Park section of Brooklyn, Commercial Observer has learned.

EverGreene, one of the largest specialty contractors, conservation and architectural arts studios in the United States, has leased 19,000 square feet on part of the fourth and part of the fifth floors in IC’s Building 3 at 253 36th Street through a 10-year deal. Asking rents range from $15 to $35 per square foot, according to an IC spokeswoman.

“The space will include a restoration, design and mural studio, as well as a facility for manufacturing wallpaper and plaster and accessory office space,” according to a press release from IC. “New York City-based interior design firm MKDA has been retained to design the interactive studio and workspace, which will highlight EverGreene’s commitment to craft and beauty.”

EverGreene will be relocating its 50 employees to the Brooklyn complex in January from the seventh floor at 450 West 31st Street between Ninth and 10th Avenues in Manhattan. (The company also has offices in Illinois, according to its website.)

“It’s very exciting to be part of the Industry City community of designers,” Alan Weiner, the chief operating officer of EverGreene, said in prepared remarks. “It will be incredible to have such great space to paint murals, develop specialty finishes, sculpt ornaments and work on conservation and restoration projects.”

EverGreene has already hired a couple of employees through IC’s public-private Innovation Lab, an onsite employment and entrepreneurship center.

EverGreene’s current projects include The Rose Main Reading Room and Bill Blass Room, both at the New York Public Library, Bergdorf Goodman in New York City and Curran Theatre in San Francisco. The company has won numerous awards including for work at Manhattan’s Rainbow Room, The Church of the Ascension and The Church of St. Francis Xavier.

Since August 2013, a partnership led by Belvedere Capital, Jamestown and Angelo Gordon & Co. has been working on a $1 billion revitalization of the 16-building waterfront property.