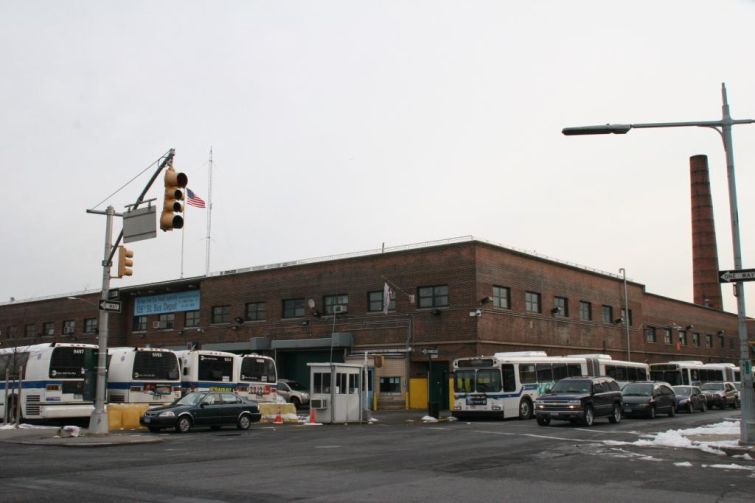 The New York City Economic Development Corporation hopes for a 1.1-million-square-foot mixed-use project to replace a full-block East Harlem site that was home to a bus depot, the city agency announced in The City Record last week.

Plans for the city-owned site at 2460 Second Avenue, which have been bandied about between politicians and two community task forces for the last few years, include a memorial for African slaves buried under the site almost 350 years ago, flanked by housing, offices, retail and community facility space.

“The primary goal of the East 126th Street bus depot project is the development of a living memorial and cultural center to honor and commemorate the significant social and cultural history of the Harlem African burial ground and its descendant community,” an EDC spokeswoman said in a prepared statement. “The memorial will be the centerpiece of a mixed-use development that will provide housing and jobs to the East Harlem community.”

In the 17th century, the site, which spans East 126th to East 127th Streets and First and Second Avenues, was partially occupied by a church and “Negro Burying Ground.” Later it was developed into an amusement park, then a casino and later a film studio, according to the EDC, until about 70 years ago when it became a bus depot, leased it by the Metropolitan Transportation Authority. The agency vacated the 105,000-square-foot building in January upon lease expiration, as The New York Post previously reported.

The EDC’s current analysis for the site, which will be presented in a public meeting on Sept. 27, plays heavily towards officials’ plans to create more affordable housing. It includes the possibility of 730 apartments spanning 655,215 square feet; 50 percent of the units will be affordable to households earning at or below 80 percent of the area median income.

“We look forward to our… work to devise a plan for the East 126th Street site that supports the creation of affordable housing, local jobs and a proper memorial for the burial ground,” City Council Speaker Melissa Mark-Viverito, who has led past meetings about the project between city officials and residents, said via a spokeswoman.

Mark-Viverito is a co-chair of the Harlem African Burial Ground Task Force, which was formed to guide the research of the graveyard that was on the site. An executive member of the task force declined to comment on the EDC’s analysis.

The remaining space on the site will be comprised of 315,000 square feet dedicated to retail and office use, and 30,000 square feet for community facilities. About 15,000 square feet of the community facility portion will be dedicated to the Harlem African burial ground memorial. The EDC has unearthed some old remains of slaves buried under the site, but none were intact due to the various site development over the years. If more remains are discovered during the excavation, they will be restored and held for possible inclusion in the memorial.

EDC hopes to include a 300-spot above-ground indoor parking garage, plus an 18,000-square-foot outdoor space. The development is slated for completion by 2022, according to the EDC, which couldn’t yet put a price tag on the construction due to the fact the project is still in the planning stages.

At some point early next year the city will start a Uniform Land Use Review Procedure, or ULURP, to acquire the required approvals from local Community Board 11, Borough President Gale Brewer, the Department of City Planning and the City Council, to sell the city-owned land to a private developer, and to change its zoning code.

Current zoning only allows for low-rise manufacturing-style construction. Following the seventh-month ULURP process, and an environmental impact review, the city will issue a request for proposals, or RFP, from developers. The winning bidder will acquire the land from the city, but terms of a possible agreement have not yet been decided.