Under Construction: An Office, Retail and Club Conversion in Bushwick 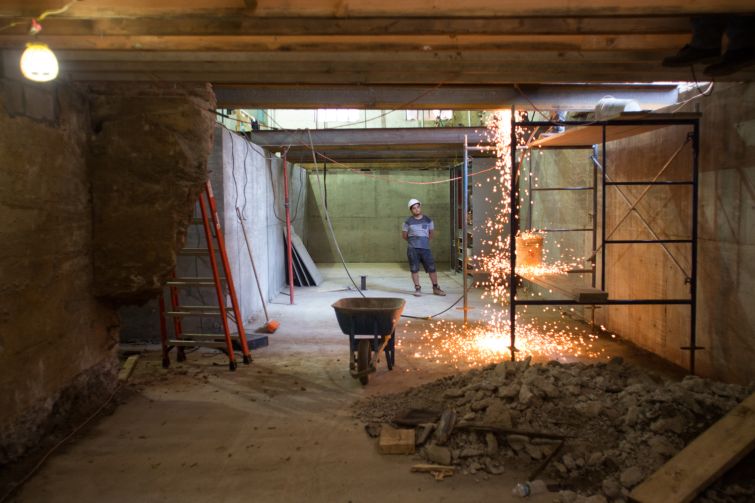 A worker in the basement watches as a colleague welds above him at 599 Johnson Ave. in Bushwick (Photo: Aaron Adler/ for Commercial Observer). Liam La Guerre 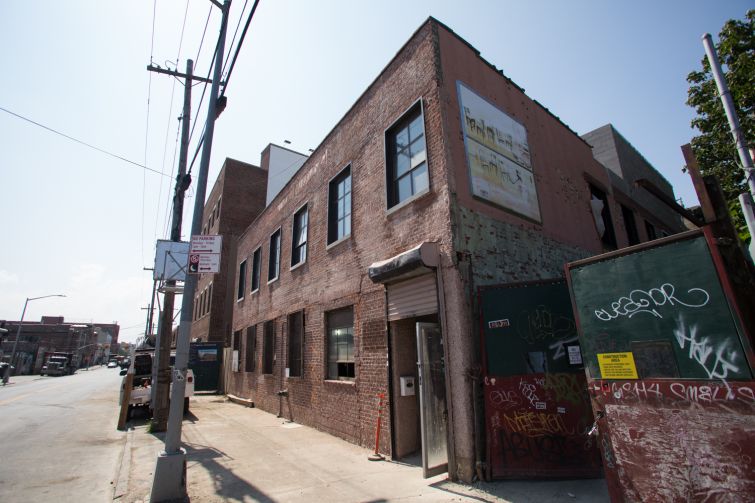 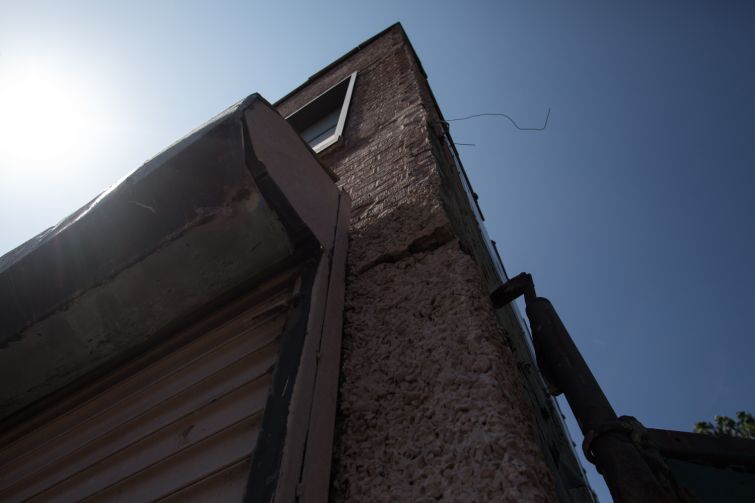 A small section of the pinkish mortar façade remains on the building for the time being (Photo: Aaron Adler/ for Commercial Observer). Liam La Guerre 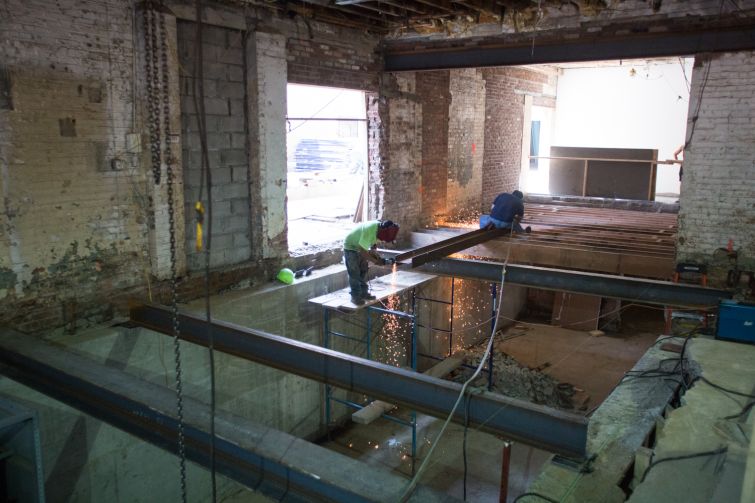 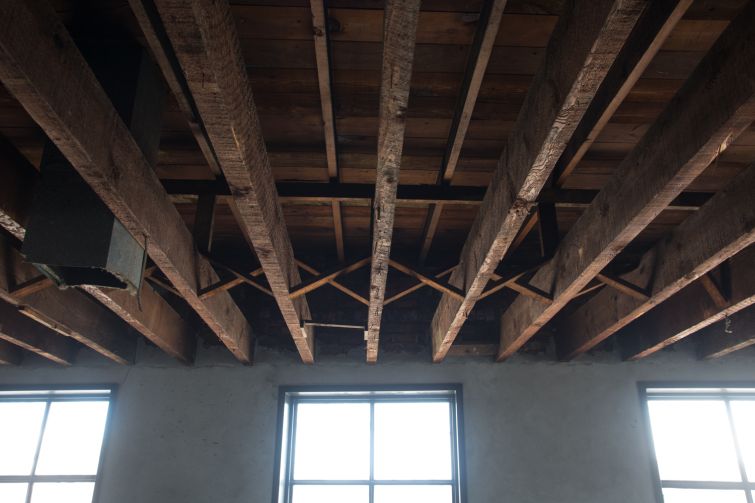 Bushwick warehouses are slowly being torn apart to make way for retail and office spaces, facilitating a migration of new Bushwickers. Those newbies, who are mostly creative (buzzword alert) millennials, are looking for cheap rent down the L train after being shoved out from hip places like Chelsea or Williamsburg.

So it’s the perfect environment for a music venue and art gallery—a palace where all these youngsters can party, enjoy music and gaze at art. (But mostly party. And with actual permits and certificates of occupancy, unlike those shady warehouse raves.)

The team behind the late Glasslands Gallery club in Williamsburg is heading to Bushwick after it was forced out to make way for Vice Media in 2014. The owners recently announced a new 24,000-square-foot venue called Elsewhere in a former furniture warehouse at 599 Johnson Avenue in Bushwick slated to open in the fall.

However, the building, owned by local landlord Bushwack Capital, will not be just an event space; there is a 2,300-square-foot ground-floor portion asking $60 per square foot and another area on the second floor that offers 2,250 square feet and asks $45 per square foot. Bushwack is hoping to add a restaurant on the ground floor—since all those millennials will need some grub before and after shows, right?

And being that it’s located along a strip on Johnson Avenue where more cement trucks from a nearby business can be seen parked curbside than sedans, there are hardly any restaurants within at least a three-block radius. (That is changing day by day.)

“Yeah, we need that,” Dawson Stellberger, a co-founder of Bushwack Capital, said during a tour of the retail space. “There are some good restaurants that have opened up, but it’s hard to get something fast. [And] for our offices, it’s a bit of a hike to get to the right restaurant.”

Stellberger said the company hopes to get a music-related company or art gallery for the second-floor office space.

The owner is spending approximately $150 per square foot to expand and renovate the building.

Elsewhere will be housed in a completely new, 23-foot high concrete and steel structure connected to a smaller two-story building in front (where the office and retail spaces are).

Including the new event space, the entire property is growing to about 26,000 square feet from about 16,600 square feet, Stellberger said.

To begin freshening up the building, which it purchased for $4.45 million in February 2015, Bushwack replaced the façade. The previous owner covered it in a retro pinkish, pebble-based mortar, making the building look like some millennials barfed a handmade strawberry, banana and kale smoothie all over it.

“The reason they did it was because at some point the façade was in bad shape, and the cheapest thing to do was to smear that shit all over it,” Stellberger said.

Under that previous façade was a layer of brick, which Bushwack has unearthed. Soon it will put in large windows on the ground floor as well, so it actually looks like a retail space.

Greco Construction Development, the general contractor, expanded the size of the cellar by about 1,500 square feet. This will provide more room for the building’s mechanicals and storage for the tenants. Workers are currently making space for a future elevator that will extend to the rooftop, which the venue’s guests will have sole access to. On the second floor, custom metal-frame windows were recently installed by local Bushwick metal fabricator William Thomas Porter. The entire project will wrap up in about eight weeks.

As for the interior design, Bushwack hired Kossar + Garry Architects. The designer was instructed to use a light touch. It will leave unpolished floors, exposed pipes and ceilings and old concrete walls. Unlike some Manhattan landlords who would “white-box” a space to make it appear larger, Bushwack wants the retail and office spaces to remain raw to enhance their industrial characteristics.

“People like things that are real and true to their form,” said ABS Partners Real Estate’s Ben Waller, who is marketing the building. “The fact that this building was a warehouse building, if we put a bunch of marble and glass in here, it just wouldn’t feel good.”