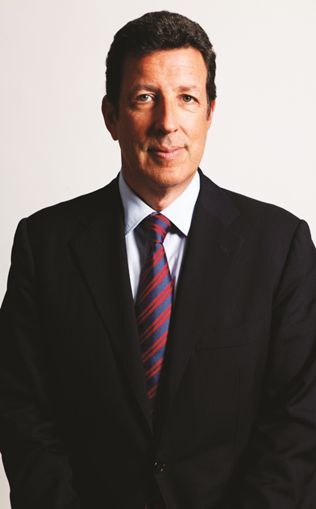 Stuart Boesky, who founded Pembrook Capital Management in 2007, got his start in the New York commercial real estate world as a lawyer for Related Companies head Stephen Ross. After two years of working as Ross’ lawyer, Boesky became a partner at Related and, in 1997, launched its financial services affiliate CharterMac. He sat with Commercial Observer in Pembrook’s Midtown East office and spoke about the fund management firm’s push into financing affordable housing and a little bit about the multifamily development in his beloved hometown of Detroit.

Commercial Observer: What are you working on at Pembrook right now?

Boesky: Pembrook really is in many respects picking up on a lot of what we did at Related. The format is private equity and we raise money, at this point, just from institutional investors. We hope to migrate into raising money from high net worth individuals, maybe someday a public fund or a public entity. Over time we’ve gotten closer and closer to what we did in our past lives because the market is sort of pushing us that way. [For] the first several funds we did a fair mix of all the property types. We did some apartments, some office, some retail. We did a few lodging deals. The second fund was similar. The third fund, we’re starting to focus more and more on affordable housing.

After the crisis, there was a tremendous demand for any capital, any product type. At this point, the pressing need is really affordable housing. I think that supply and demand-wise it is an extraordinary opportunity. There are 3 million-plus families looking for affordable housing. Every year, there’s probably somewhere between 200,000 and 300,000 units total being built in the country. That’s a 10-year supply-demand imbalance, assuming that no one else gets added to the marketplace. The other thing is that out of the 200,000 to 300,000 units, probably 50,000 units are replacing apartments that are coming out of the market, so they’re being converted or are functionally obsolete. There really is for affordable housing, an insatiable demand. It’s never going to be satisfied, and in fact, in my 30-year career, it’s never been satisfied.

What is it that you like about financing multifamily?

When we do an apartment loan, we’re pretty certain that, as long as the business plan is carried out, there’s going to be a take out at the end of the day, even if we’re in a financial crisis. And we’ve seen that. Even though Fannie Mae, Freddie Mac and the Federal Housing Administration had extraordinary problems because of their single-family homeowner woes, they put their foot to the floor when it came to financing apartments during the crisis because, number one, Fannie Mae, Freddie Mac and Federal Housing Authority have never lost money on apartments. From a credit standpoint, they knew it was a prudent thing to do, and number two, it was the easiest way to keep construction employees working, and by the way, people needed it more than ever after the mortgage crisis. For all those reasons, we’ve been focusing a lot more of our attention on affordable housing. Going forward, while apartments may have been 30 or 40 percent of our business, certainly in Fund 3, it’s probably going to be 70 percent of our business. To get a little more granular, we tend to like the primary markets to the extent that we can find a primary market deal, which is the New York, L.A., San Francisco, Chicago, Miami.

Have you had any luck doing affordable deals in New York at all?

It depends on how you define affordable. We did a package of deals in the Bronx. We did a deal—I would call it affordable because of the way it was configured—on the Lower East Side. The rents on a per square foot basis were probably market but given the size of the units, it made it more affordable. We also did a deal in Brooklyn. We’re working on a deal in Flushing right now that is affordable, and we hope to be doing more. Clearly, there’s no lack of demand in and around New York City.

It is hard to build rentals though, because of the cost of land and the lack of 421a. How does that make you feel as a lender when you want to finance projects that have some affordable component?

One of the interesting things that we’ve seen as of late is when we financed a land acquisition in Brooklyn, near the Barclays Center. It was zoned primarily for commercial community facility use, so it could have been student housing with some office or retail. The developer felt that if they could get it upzoned into residential that it would be much more valuable, and we also did. They’ve been going through the uniform land use review procedure, and their business plan is to get some of the developable space zoned into residential from what it currently is. They went to the city and asked for that kind of change. The city came back to them and said, “Hey, if we give you more residential, will you do some affordable?” The interesting thing is that the city has decided they’re willing to give developers the benefit of greater density in exchange for setting aside units for affordable tenants, which is a great thing for developers, and it’s also a great thing for affordable tenants. That’s a situation where, even though the 421a [tax incentive] has gone away, the city is endeavoring to find ways to encourage more affordable housing.

Are you changing your loan offerings since you’re shifting more towards financing multifamily?

We certainly are talking to maybe a different and broader investor base, and perhaps some of the investors that we’re going to be attracting in the future have more of a socially responsible viewpoint. But the reality is that the risk-reward ratio is as good or better as everything else we’ve done. When you look at the benefit stream that we’re able to produce for investors, it’s every bit as good. We’re not compromising return, and we’re not taking more credit risk, and we’re producing the same or better returns than we have in the past.

So you traditionally look for mid-teen returns?

Having grown up in Detroit, have you gone back and done any business there?

Everyone loves Detroit! I have a lot of interest in Detroit, both from personal and professional standpoints. About a year ago or so I spent a fair amount of time exploring opportunities in Detroit. I think there are some good opportunities in Detroit, and while I’m not sure that there are necessarily going to be deals that our fund gets involved in, from a personal standpoint, I’m working on a transaction. To me, it’s a reasonable risk-reward return—but also for me, it’s a personal give back to Detroit as a place that I have fond memories of. I’ve been working with the city and the community to do something. It’s not clear whether it’s going to come to fruition yet, but I hope it does. It’s basically converting an existing building to rental apartments with an affordable component.

There’s a lot of apartment-conversion going on there.

I’ll give you a few nuggets about Detroit: It was a very wealthy city in relative terms in the early 1900s up until the late 1960s and 1970s, when it started a reasonable decline for a whole host of reasons but certainly the auto industry’s changes, which came about when Japan figured out how to make better cars. Because of the relatively high income of middle class there, almost everyone owned a house, so Detroit didn’t have a lot of multifamily. It was quite unusual for a Detroiter to live in an apartment. When you look at Detroit today, it’s very, very spread out and has a low density of residential properties, which is a problem given the way people live and work today.

Right now, the apartments don’t exist, so what you’re starting to see is retrofitting of beautiful old buildings. Detroit had its fair share of remarkable architecture. Some of those are being retrofitted into residential buildings, and there are some attempts to do some ground-up construction, but again, that’s with a tremendous amount of subsidies. The rents are finally getting to a point where it makes sense to provide quality multifamily. People in Detroit say the magic number is about $2 per month per square foot, so the market is hitting that now. Those are all good things.

The other issue with Detroit is that, while it’s a very edgy place right now—some would say it’s cool because of that edginess—it’s still very industrial. There’s a lot of vacant land, which has sort of a cool urban landscape for some people, but that’s attractive to younger people who don’t have to worry about raising children in that environment. The next question becomes: Can Detroit rebuild an infrastructure that will make it a community for families? And certainly right now it’s not.

What’s in the pipeline for the rest of the year?

On an annual basis we put on to our pipeline somewhere around $3 billion worth of deals. Basically, those represent deals that have gone through the first cut and sort of pass the smell test. We filter out two or three times that. We’re seeing a tremendous amount of deal flow and that basically is a testament to the fact that the banks have really left a big hole in the marketplace for funding commercial real estate. If a firm like Pembrook can see, call it, $6 billion worth of deals a year, then that just tells you how much product out there that’s looking to be financed.

The pipeline is enormously robust—far more business than we could ever close. Out of the—call it $3 billion or so a year—that we’re logging in, we maintain roughly $250 million to $400 million on our weekly pipeline. Those are deals that are actively being worked. The net result of that is that we’ve been closing pretty consistently, call it, somewhere between $200 million to $300 million a year in deals, and we certainly have the appetite to do more. We’d like to see that volume double over the next 24 months.

Are there any types of deals you’re doing more of now because of regulatory issues banks are facing?

Where the advantage is, there are a couple of places. Clearly on acquisition loans. We’re a short-term lender. The developers who borrow from us are expecting to borrow from us for about three years. During the three years the expectation is to improve the property. Most deals are opportunistic. Over those three years, he’s not all that concerned about pricing, which is a benefit to us. What he’s very concerned about is certainty of execution. That goes back to why our best customer is someone who is buying something, needs to close by a specific date and has hard money up at risk. The reason he comes to us is because we’re a fairly flat organization, he’s speaking to the decision makers, and we have demonstrated to the world that we have a track record for doing what we say. You won’t see Pembrook even giving somebody an application until we’re highly confident that if what the developer is telling us about the transaction is true that we’re going to close it. It allows us to price our money favorably for investors, and it’s a great source of deal flow for us.