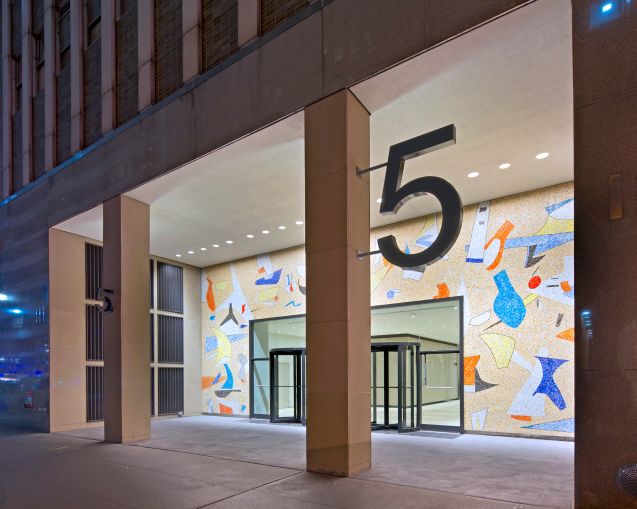 The firm will occupy the entire eighth and ninth floors of the building between West 40th and West 41st Streets. Asking rent in the 10-year deal was not disclosed. An executive with the Equity Office told Commercial Observer in February that space on the ninth floor in the building was asking $69 per square foot.

Movable Ink will be leaving its current digs at 636 Avenue of the Americas between West 19th and West 20th Streets in November, according to the landlord.

“Considering our expanding team, it was important to find a building that would provide enough open space for us to collaborate efficiently and comfortably,” Vivek Sharma, the chief executive officer of Movable Ink, said in a prepared statement.

Erik Schmall and Mike Mathias of Savills Studley represented Movable Ink in the deal. Schmall and Mathias did not immediately return a request for comment via a spokeswoman.

A Newmark Grubb Knight Frank team of Brian Waterman, Brent Ozarowski, Josh Gosin and Alex Radmin represented Equity Office in the deal alongside Scott Silverstein and Zachary Freeman in-house. The Wall Street Journal was the first to report news of the transaction.

Equity Office recently renovated the 34-story building, and gave the ninth floor a non-traditional, “edgy” look to attract a technology, advertising, media and information, or TAMI, tenant. The ninth floor features exposed steel columns and raw concrete floors with quotes from New York City celebrities. The revitalization helped separate the tower from other office buildings, according to Equity Office’s Silverstein.

“Our building is attracting pioneering high-tech companies to Midtown South like Movable Ink, who enjoy cutting-edge office accommodations in a creative and energetic environment,” he said in a statement.