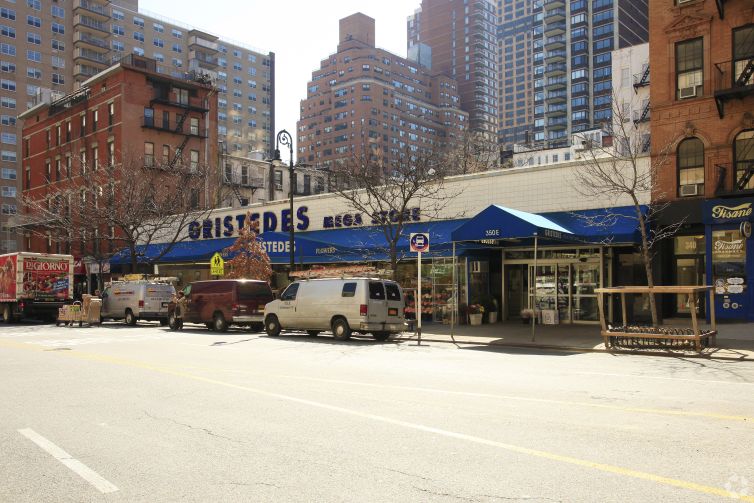 Gary Barnett’s Extell Development Company has sealed the deal for the $93 million purchase of a former Gristedes on the Upper East Side, city records show. Bank of the Ozarks provided a $55 million mortgage to Barnett to fund the acquisition.

Gristedes occupies the entire one-story building, which was constructed in 1960. Hyperlocal news site DNAinfo reported that the grocer was closing early this year as the supermarket industry has been contracting.

John Catsimatidis, who runs the Gristedes chain under Red Apple Group, told Commercial Observer in December that his firm only grosses approximately $200 million annually from its grocery stores and loses “a few million” a year after operating costs. If Red Apple Group wasn’t diversified in its investments (the firm also owns and develops real estate), Catsimatidis said he would have had to close Gristedes.

“We’re able [to survive], but only because we want to,” he said at the time. “If the supermarket business was the only business that we did, we would be out of business.”

Catsimatidis was not immediately available to comment for this story.

First York acquired the site in September 1997 for $238,693, according to property records.

The property, between First and Second Avenues, is part of a land assemblage that Barnett has been piecing together to make way for a more than 200-unit, 210-foot-tall condominium tower, as has previously been reported. The neighboring parcels of land that are slated for condo development are located between East 85th and East 86th Streets, with frontage on First Avenue.

Catsimatidis had previously bid $80 million for the site, but Extell beat him out last year, according to published reports.