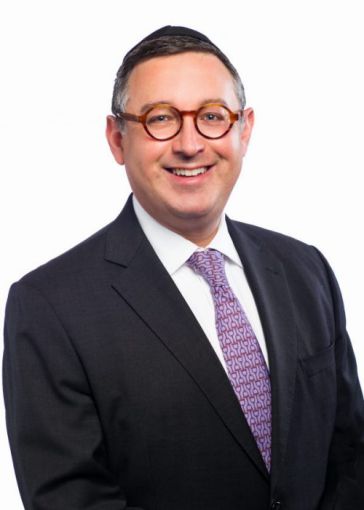 Forman will report directly to Mordecai Rosenberg, the head of the FHA group at Greystone. In his previous role, Avrom was responsible for formalizing Eastern Union’s sales structure and helped to increase deal volume from $2.3 billion to $3 billion, according to Greystone. Before his two-year gig at Eastern Union, he worked as chief operating officer and the senior vice president  of corporate and externational affairs at telecommunications company Vivaro Corporation.

At the start of his time at Eastern Union Funding, Forman had previously worked with Stephen Rosenberg, the founder of Greystone. He recalled accidentally bumping into him once, and after a lunch and a discussion about trying to do more business together, the two grew a close relationship.

“We went from not doing any business at all with Greystone to having a pipeline well over $100 million in a short period of time,” Forman said. “What was really nice for me on the other side was that every deal Greystone had done with Eastern was earned on its own merits. It was just a pleasure to work with a smart, dedicated team that was quick and transparent.”

Creating a new position on the FHA team was a no-brainer for Greystone, especially during a time when the company has been creating its own proprietary underwriting system to cut down closing time on deals for clients and increase production, as Rosenberg discussed in a Q&A  with CO recently.

“We’re really looking to transform the FHA industry and to take it to new heights,” he said. “Because we’re not looking for straight linear growth, but exponential growth, it demands a certain level and a lot more focus to enable all of our originators to be as successful and impactful as they can possibly be.”

Since Avrom has started, Rosenberg noted that there has been a significant uptick in activity—the FHA team sent out more than $1 billion in proposals in the month of June.

“Just having Avrom focused on enabling and supporting all of our originators to leverage off the technology platform and superior level of service that we’ve been creating, we’re starting to see that impact on growth,” he added.

Forman told CO that in addition to an increase in proposals, deal size has doubled month-over-month, and the team’s current pipeline is roughly $2.5 billion.

“One of the most exciting things for me is the creativity of the people that work there,” he said. “You talk about technology, but there’s never going to be a replacement for people. They’re what makes a company work well. Technology allows people to focus more and gives our clients a far better experience that before. It’s wonderful to see it all in play.”