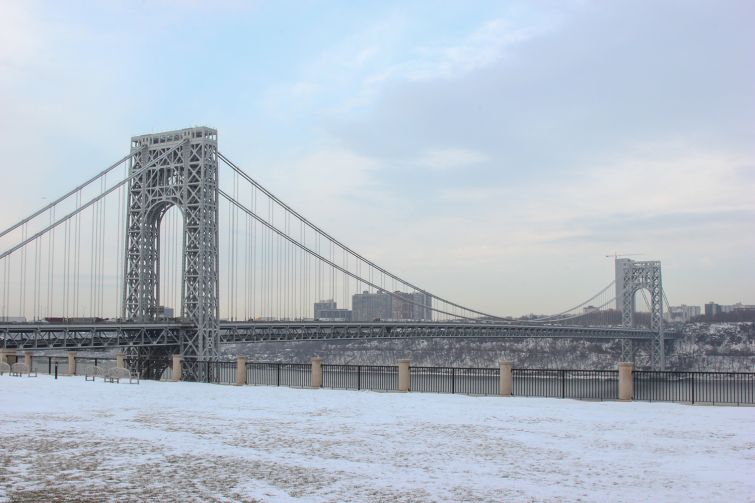 The closure of the George Washington Bridge sent a wave of change through the Port Authority (Credit: Arman Dzidzovic/Commercial Observer). tcullen2015

David Samson, the highest official at the Port Authority of New York & New Jersey before resigning amid the ongoing Bridgegate scandal, pleaded guilty today to using his powerful position for personal gain.

The long-time mentor of New Jersey Gov. Chris Christie admitted that he used his perch at the Port Authority to arrange non-stop flights between Newark International Airport and Columbia, S.C., where Samson has a summer home. Samson, 76, forced United Airlines to reinstate the unfrequented flight route, or he would withhold important votes the airline had before the Port Authority.

Samson, who also served as New Jersey attorney general from 2002 to 2003, acknowledged in federal court today that he accepted north of $5,000 in bribes from the airline. United was not criminally charged, but slapped with a $2.3 million fine for its role in the case.

He will be sentenced on Oct. 20, NJ.com reported.

“Next you’ll hear from us is at the sentencing,” his attorney, Michael Chertoff, told the website. “But it’s a sad day.”

Observer reported last week that Samson would accept the guilty plea, but would not cooperate with federal authorities.

Samson resigned from the Port Authority in March 2014 following the very public Bridgegate scandal which blew open three months prior. New Jersey officials were charged with shutting down lanes of the George Washington Bridge, controlled by the Port Authority, backing up traffic in Fort Lee, N.J. (The town’s mayor did not support Christie for re-election in 2013, and some of the governor’s staffers are alleged to have sought retribution.) Former Port Authority Deputy Executive Director William Baroni, also a New Jersey appointee, is one of several who have been charged with conspiring the politically motivated shut down. That case is ongoing.

The flights to Columbia stopped not long after Samson’s resignation, raising questions as to whether the then-chairman was using his clout to arrange them since they were considered money losing, the Observer noted last week.

Samson was replaced at the Port Authority by John Degnan, another former New Jersey attorney general. He and Vice Chairman Scott Rechler, a New York appointee and head of RXR Realty, have pushed for greater transparency as the agency recovers from the Bridgegate scandal.

The Port Authority issued a statement following Samson’s guilty plea today in which the agency vowed to continue pushing for openness in its operations.