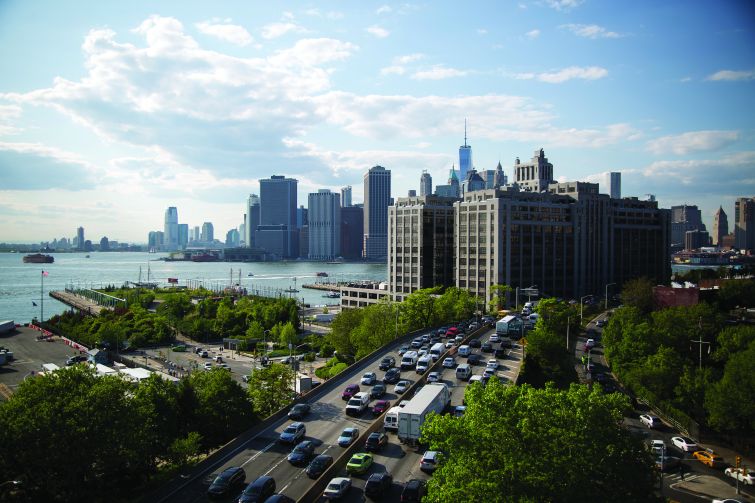 The contentious deal to build two residential towers at Pier 6 at Brooklyn Bridge Park has finally closed with the developers paying about $110 million upfront for the project, according to property records filed with the city today.

RAL Development Services and Oliver’s Realty Group finalized the transaction with the Brooklyn Bridge Park Corporation—a joint city and state entity—on July 8, records indicate. In addition to the downpayment, the duo will pay out ground rent over a 93-year term that runs through July 2109 to build two buildings with a combined 300 units, according the documents. An RAL spokesman did not provide specifics of the ground rent and declined to comment.

The developers plan to construct a luxury 160-unit market-rate condominium building that will stand 28 stories, and a shorter rental 14-story building with 140 apartments—more than two-thirds of which will be reserved for low- and middle-income residents. The properties will be on currently vacant land at the end of Atlantic Avenue along the East River.

Concerns were raised this spring over whether the project would continue after Empire State Development Corporation, the state development wing, pulled its support, citing ethical concerns. State officials said they were worried about a $10,000 donation RAL made to Mayor Bill de Blasio’s Campaign for One New York, a since-shuttered political group that championed hizzoner’s agenda, a year earlier, as The Wall Street Journal reported. A spokesman for the mayor’s office did not immediately return Commercial Observer’s request for comment.

City officials said it could move forward on the project without the thumbs up from the state, using an earlier legal decisions that gave it the right to develop without the state’s approval. ESDC Chairman Howard Zemsky later penned a letter on the eve of the June 7 vote saying the state supports affordable housing and would not interfere with the project.

Representatives for Brooklyn Bridge Park Corporation did not immediately return a request for comment.

Update: This story has been edited to accurately reflect the terms of the ground lease. It previously stated RAL and Oliver’s Realty Group would pay $110 million over the 93-year ground lease, according to property records. The money is a downpayment, which will be followed by rent on the land.