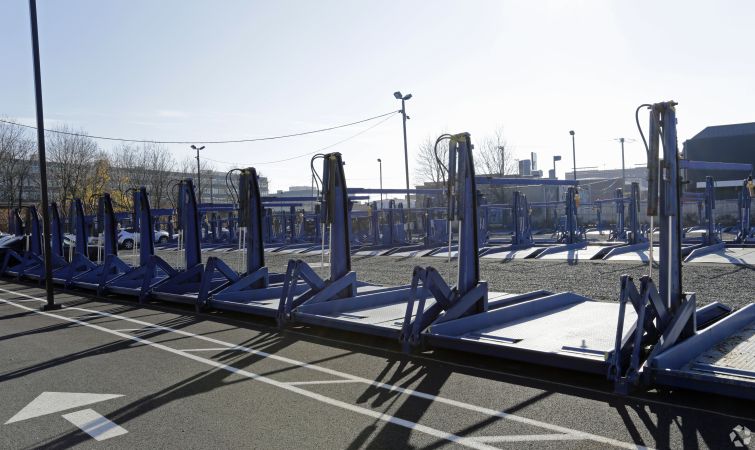 Developer BFC Partners, which has been renting a 53,922-square-foot Stapleton, Staten Island site for a temporary parking lot, is buying the property for $4 million, Commercial Observer has learned. The deal is slated to close next month.

BFC has been renting the lot at 475 Bay Street to accommodate displaced commuters from its Empire Outlets project on the Staten Island waterfront for the past two years, said Sean Kelly of CPEX Real Estate, who represented the seller, Kathleen Rampaul, and procured the buyer.

The buyer plans to erect an eight-story, 175,000-square-foot, 214-unit residential building, primarily affordable, with 12,500 square feet of retail at the base, said Joseph Ferrara, a principal at BFC, with a design by Edelman Sultan Knox Wood Architects. Units will range from studios to three-bedrooms with the average apartment clocking in at 750 square feet, he said.

BFC’s plans hinge on the city approving a rezoning of the area from low-density commercial and industrial use to residential.

“I can’t imagine the rezoning not going through because it’s a pretty desolate stretch of Bay Street,” Ferrara said. “By having this rezoning and having housing with retail at grade, it will be a much friendlier streetscape and it will connect Stapleton with St. George.” He added: “We need to fill the void for affordable housing in Staten Island.”

When asked why BFC decided to rent first and buy later, Ferrara said, somewhat jokingly: “We didn’t have to go out of pocket for $4 million.”

Ferrara said he hopes BFC can move the commuters back to the Empire Outlets site in the early second quarter of 2017. And then the company will proceed with building.

“Empire Outlets is being built on a parking lot that historically has been utilized by 800 commuters on a daily basis,” Ferrara previously told CO. BFC has five lots to temporarily accommodate those commuters, including 293 spots at 475 Bay Street.

Stapleton, which is in the northeastern section of Staten Island, is evolving.