As Banks Struggle to Navigate the HVCRE Maze, Borrowers Are Turning to Alternative Lenders 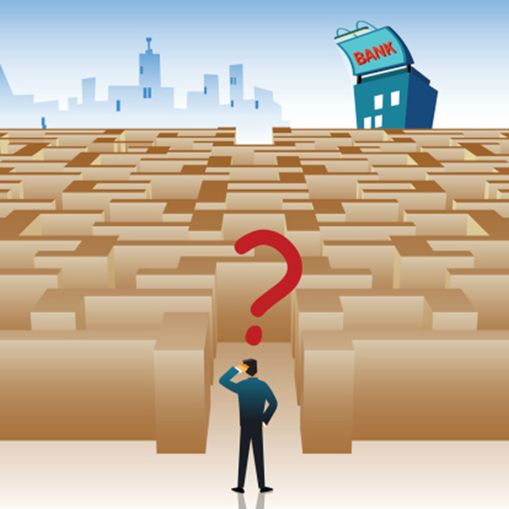 The new HVCRE rule is pushing construction lending from banks to alternative lenders, but at a cost (CREDIT: Getty images). danibalbi

Since the 2008 recession, the commercial real estate debt origination market has made a tremendous rebound, but regulations that have incrementally set in (and will continue to do so) are changing not only how deals get done but also who is doing them in the first place.

Banks in particular are feeling the regulatory brunt with the Dodd-Frank Wall Street Reform and Consumer Protection Act and Basel III requiring banks to hold more capital on their books as a means of managing risk. Alternative lenders, including private equity funds and mortgage real estate investment trusts, are poised to pick up some of the slack, especially when it comes to acquisition, development and construction loans (ADC) classified under “High Volatility Commercial Real Estate.” The rule—which was implemented on Jan. 1, 2015 as a part of Basel III—forces banks to retain 150 percent of risk weight on a loan that falls under HVCRE, compared to the 100 percent required previously. In short, greater capital requirements on part of banks limit their ability to lend as much and to provide higher-leverage debt.

Across the board, alternative lenders, who are not subject to the rule, have seen increasing activity, in 2015 originating 68 percent more than the year prior, according to Mortgage Bankers Association’s Commercial/Multifamily Annual Volume Origination Summation for 2015. That number is nearly double the 35 percent increase that commercial banks and savings institutions saw over the same time period.

And when it comes to construction, activity has increased every year since 2009 and last year totaled $1.113 trillion, according to the U.S. Census Bureau.

“[Non-banks] don’t have the same kind of constraints as the banks,” Christina Zausner, the vice president of industry and policy analysis at CRE Finance Council, told Commercial Observer. “It’s not just that the banks are becoming costlier than they have been in the past, but it’s that they have a lot of constraints in how they structure a construction loan. And borrowers don’t necessarily like that, with good reason.”

Industry players that CO spoke to over the last month pointed to the facet of the rule which does not allow for a borrower to use the appreciated value of land towards the required 15 percent in cash equity needed before the bank can advance its funds.

“A lot of the provisions are fairly nonsensical and counter decades and decades of practice,” Zausner said.

Stuart Boesky, the chief executive officer of private fund Pembrook Capital Management, recounted a story of a client who had purchased a plot in Williamsburg, Brooklyn, for $2 million about 25 years ago. Recently, the client went to a local bank seeking a $25 million loan. Given that the value of the property is now nearly $25 million, the total value of the development project would be $50 million, which would equate roughly a 50 percent loan-to-value ratio given (and banks tend to lend around 50 percent LTV when it comes to construction financing). The bank informed Boesky’s client that he would need to come up with more equity because they were unable to use the new value of the land towards the capital requirement.

“Although he had all that value, it wasn’t liquid,” Boesky said. “That’s the guy that shows up on our doorstep quite often.”

While his firm does not typically take on whole construction loans because there are still lower-cost capital providers than private equity firms, Pembrook may provide mezzanine debt or preferred equity to complement a senior mortgage. For instance, a bank could originate a mortgage accounting for 50 percent of the cost of construction, and Pembrook could fill the gap between 50 and 70 percent of the total development cost, giving the borrower more cash to work with.

Redistributing the capital stack in a deal is not always ideal from a debtor’s perspective though, Zausner said. “Borrowers naturally don’t want a mezz loan,” she said. “Now, because of the fact that there is less and less bank capital that can be put into construction lending, borrowers are being forced into a more subordinated structure where their financing is lower quality and higher cost.”

Another issue for borrowers stems from what funds they pay the bank back with. For instance, if a developer needed debt to retrofit a shopping center and would still generate revenue from rents, it would not be able to use that cash-flow to pay back the bank, explained Matt Galligan, the president of real estate finance at New York-based bank CIT.

“There’s an absurd component to [HVCRE],” he said. “It’s not well thought out.”

Beyond the cost of capital for a borrower, the HVCRE rule costs banks as well. Under the guidelines, banks have an increased regulatory capital requirement. Prior to  the regulation, banks held on to 8 percent in regulatory capital, meaning that for a $100 million loan, a bank would hold $8 million on its books. That requirement has shot up to 12 percent, which could potentially cut down the yield of a bank’s portfolio by one-third, Galligan said. “It’s the increase in the regulatory capital which is far more penal,” he said.

Zausner agreed that the rule is compressing bank’s profitability and inhibits their ability to “utilize their balance sheets in a dynamic way.”

Banks will be unable to originate as much debt and, in turn, will de-leverage their portfolios. “That has a lot of problems for lenders,” she said. “It not only constrains the amount of dollars coming in, but it also makes every delinquency more painful [because] each deal represents a greater percentage of the portfolio.”

And delinquencies drive up costs for the banks from a risk management perspective, which is especially troublesome given how mature the real estate cycle is, she said.

In that respect, Galligan noted that CIT has “backed off the construction market” a bit but that HVCRE has certainly made it more difficult to do any construction deals. 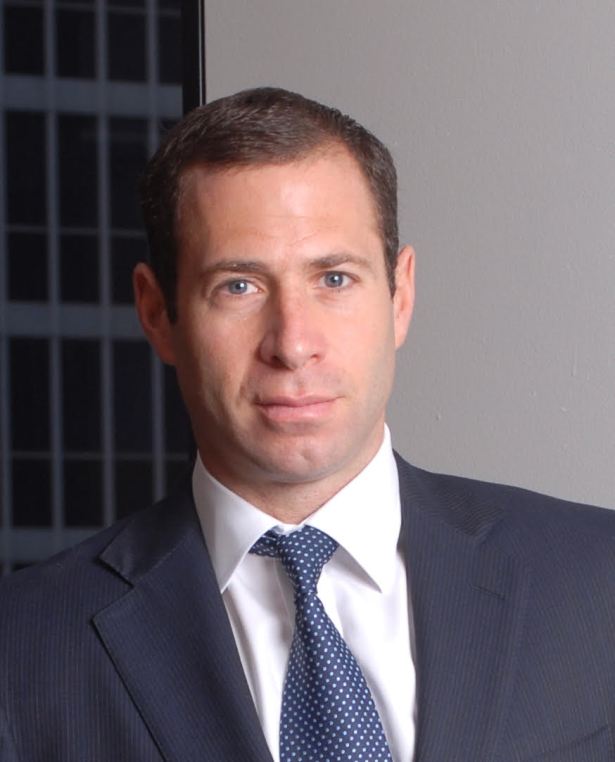 Executives at ACORE shared the sentiment, noting that increased banking regulations opens the door for them. Additionally, increased regulation and having “three compliance officers to one banker” makes execution much slower, said de Haan, a managing partner at the firm.

He referred to a borrower of his that was negotiating with both ACORE and a bank and had wanted to close a deal with the bank because of the lower cost of capital. However, the borrower needed the funds and could no longer wait for the bank’s bid. Instead, ACORE provided an $80 million mortgage at a 70 percent LTV, 15 percent higher than what the bank was offering, and with de Haan’s firm, the deal had closed 30 days after the term sheet was issued.

Despite the advantages of using a non-bank lender and the readiness of their capital, banks will still remain one of the lower cost providers, Zausner said. “It’s going to be really hard for non-banks to compete with banks on pricing, even if the pricing for bank product is getting more rigid,” she said. “What it’s really doing more than anything is leveling the playing field.”

Indeed, that is true, but one REIT executive explained to CO that for banks, providing a warehouse line to an alternative lending firm is essentially a regulatory loophole. Basically, the bank will provide that firm with a warehouse line to finance transactions, so the bank is indirectly lending on an asset. This is referred to as a “loan-on-loan,” and while it provides those private firms with more capital to do with what they wish, it may be more beneficial for the bank than for the borrower.

The source noted that the loan-on-loan structure could be harmful to the alternative lender, because if the bank provides a $75 million warehouse line for the borrower’s $75 million loan to a client, the non-bank is responsible for that whole loan no matter what. If the bank shuts down or decides to stop advancing funds from that line of credit, the alternative lender will still be liable to their client for that money. The preference is always to originate a $75 million A note, meaning that the non-bank will keep that debt on its balance sheet, the executive said. The other draw for originating that senior piece is that it can be sold off for a profit, he added.

Roger Arnold, a bank analyst and the chief economist at money management firm ALM Advisors, said that anecdotally, banks seem to be doing more in the warehouse lending space. “Internally, they have limitations as to how much debt can be supplied to an individual borrower,” he said.

It is difficult to draw a hard conclusion, he explained, because banks report their originations in three categories: commercial real estate mortgages, commercial and industrial mortgages and “other.” These lines of credit, since not directly collateralized by CRE, would fall under commercial and industrial. But historically, C&I loans are used as working capital or to fund capital expenditures (for the growth of a company, infrastructure, etc.).

“Commercial and industrial loans are supposed to be just that,” Arnold said. “They are not supposed to be for carry trades, re: lending to alternative lenders. It’s not what those loans were ever intended to be used for.

“For economic reasons and because of bank regulation reasons, there’s an awful lot of stuff from all parts of the bank, including commercial real estate, that are finding their ways into these categories,” he continued. “Because of this growth, at some point the regulators are going to have to take action on it. The reason they have it is because if it ain’t broke, don’t fix it. We are in a post-Lehman [Brothers] era crisis still, and the banks are trying to figure out how to make a living. And as a result there’s been political pressure placed on the regulators to just back off.”

Even beyond further regulation banks, regulators are eventually expected to tackle the “shadow banks,” either by applying a systemically important financial institute status (SIFI), similar to some life companies, or by creating a whole new set of regulations specifically targeting the non-banks. But regardless, as clients of banks, non-banks will be “accidental receivers” of regulations: Because they borrow from banks, they will feel the increased cost of capital, Zausner said.

Regardless of when guidelines come in for the non-banks, many industry experts still maintain that non-banks will be able to take advantage of construction and transitional lending.

“The private lending market is going to continue to take a larger and larger amount of market share and is going to be able to reduce their own cost of capital,” Mack said. “While we are more expensive than the banks, we are going to become more and more competitive over time. I think the private market is responding with capital to the regulatory environment, and I actually believe that many private lenders are better situated than the banks to make transitional loans because they have a lot more infrastructure to underwrite and asset manage those loans,” he said, pointing to the firm’s in-house development and property management teams. Having those components of the business is crucial, especially in construction lending, just in case a development does not go as planned.

Mack added that traditional lenders like banks and insurance companies will still play in the permanent lending space and will likely be the takeout for any transitional loans that MCRES originates.

“I think commercial real estate is still a great investment for banks,” the REIT executive said. “Banks are fairly healthy despite that they’re all selling off. We’re excited about the volatility and what that’ll lead to—this is a really long game, and nothing is going to change overnight.”