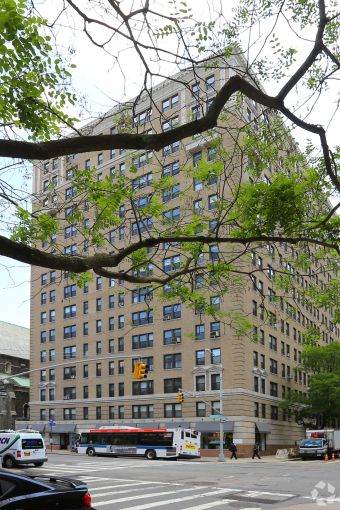 A Manhattan landlord has agreed to a $540,000 settlement for secretly buying out two rent-controlled tenants of an Upper West Side residential building that he was converting into a condominium, New York State Attorney General Eric Schneiderman announced yesterday.

“With many struggling to find affordable housing, my office will not tolerate real estate developers who circumvent laws designed to protect rent-stabilized units,” Schneiderman said in a press release detailing the settlement.

According to an investigation by the attorney general’s office, the tenants of the rent-controlled apartments at 165 West 91st Street approached the developer, 165 West 91st Street Holdings LLC, for a buyout in 2012. The landlord did not disclose that the two rent-controlled tenant buyouts were completed before both the tenants had the opportunity to exercise their right to purchase their apartments, which is prohibited by the New York City Building Code.

New York State’s Martin Act gives tenants of buildings being converted into co-ops or condos an exclusive right to purchase their units and usually cannot be evicted just because the building is being converted.

The landlord tried to conceal the two buyouts by imposing non-payment proceedings against the rent-controlled tenants, the AG claims. The tenants agreed to vacate their apartments for $200,000 and $155,000, respectively, in a deal that would negate their non-payment charges.

“When two of our tenants approached [165] West 91st Street Holdings with requests to be bought out of their apartments, we attempted to assist them in achieving the goal,” James Bernard of Stroock & Stroock & Lavan, who represented the landlord, said in an emailed statement to Commercial Observer. “Working with the attorney general, we settled this matter and are pleased to have reached an agreement that will support affordable housing in New York City.”

The New York City Affordable Housing Fund, created by the attorney general’s office, will receive $490,000 of the settlement. The fund, which now contains over $10 million accumulated through investigations by the office, was established to help finance affordable housing for low-income New Yorkers.

“So many New Yorkers are in great need of affordable housing, and it’s appalling that some landlords will stop at no end to take back rent-regulated apartments,” Councilwoman Helen Rosenthal, who represents the Upper West Side, said in the AG’s release. “I hope this sends a clear message.”

A month ago, the attorney general indicted another Manhattan landlord with charges that he had tried to edge out rent-stabilized tenants so that the units would be at market rate, as CO previously reported.