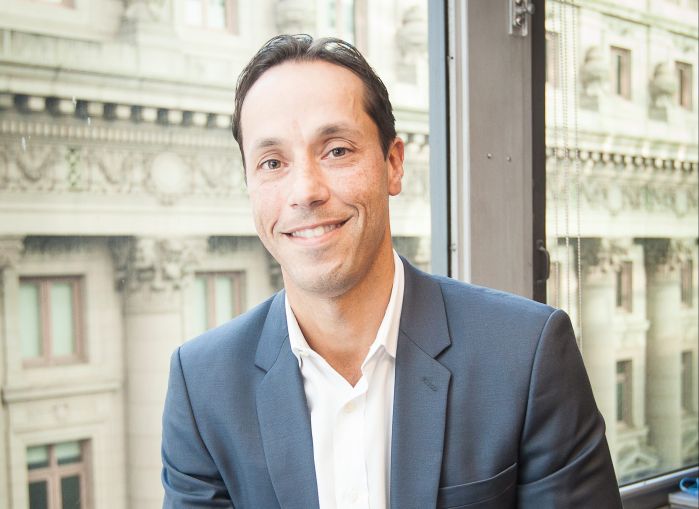 Since Barry Sternlicht founded Starwood in 2009, the company has deployed $25.8 billion in capital with $0 in realized loan losses and amassed a $9.9 billion portfolio across its different business lines. Jeffrey DiModica joined Starwood Property Trust as president in 2014, after serving five years on its board of directors. He sat with Commercial Observer and explained how Starwood’s position as a permanent capital provider will pose an advantage when risk retention hits CMBS shops and how the real estate investment trust’s diversification play—from buying a massive special servicing company to becoming a property owner—will allow for profitability throughout any point in the cycle.

Commercial Observer: What have you been up to at Starwood?

DiModica: We got defensive in the fourth quarter of last year. Loan pricing wasn’t widening [from] what we were seeing as a borrower and as a CMBS investor. We stockpiled a lot of cash expecting better lending and investing opportunities to come and, in the last month or so, have been aggressively putting that money to work in loans, securities and equity. It feels like we are getting 100 to 200 basis points more yield today for the same risk than we were getting in Q4.  We made about $3 billion in construction loans in 2012 to 2014, and those are among the best credits in our book. Most will mature in the next 12 months giving us ample capital to invest into what we see as an even better opportunity with many lenders pulling back, rates staying low, transaction volumes remaining elevated and the wall of CMBS maturities directly in front of us creating even more opportunities.

Is it better to be a lender or a borrower right now?

I would say right now we’re at a hybrid where it’s pretty good to be both but leaning toward being a lender. People think that we are late cycle, which makes it arguably better to be a lender at the right loan-to-value, but there are people willing to lend more aggressively than we are on purchases that makes being a buyer very interesting as well. The reality is people will lend to us at rates and LTVs that we don’t lend at, but we haven’t been an active buyer [recently].

We’re not a five-cap buyer on the equity side. We need a 6 percent plus cap rate with good debt to make a cash-on-cash return commensurate with what we earn on the debt side. We focus on stabilized properties on the equity side, and it’s a hard market to find large portfolios that you want to own forever above a 6 percent cap today.

What is one of the big takeaways about Starwood that you tell investors?

We’re in the catbird seat. We have a 61 [average] LTV on our lending book. We actually don’t have a single loan over 80 LTV today. The risk [in the market today] is the couple of loans that are sitting at a high LTV. We don’t have any. What that means to me is that I’m not overexposed to credit in this very large loan book of mine today. I also have the benefit of not worrying about interest rates.

How would rising rates affect Starwood?

As a REIT you’re always concerned about rising interest rates. If you’re a property owner you’re worried about rising interest rates. Why? Well, your cap rate is going to be higher in a higher rate environment, which in turn makes your property worth less. You’re also going to finance it at a worse rate and most people take leverage. We all know the correlation to higher rates and real estate prices is relatively strong. Being on the lending side gives us a floating-rate book that moves up with Libor. We’ll get more interest income if Libor goes up.

Where in the CMBS capital stack are you seeing opportunity?

We tend to play in the junior part of the capital stack because we have an information advantage over our competitors. Within our special servicer, we have 310 people at what used to be called LNR in Miami.

How does that help?

[Last year], we bought 11 B-pieces and looked at about 25, or about half of the B-piece deals that are out there. When we look at a deal, we underwrite every loan. If you think of a CMBS deal as 100 $10 million loans equals $1 billion, we will underwrite all 100 of those loans. We will have somebody in the field go visit the asset, understand the asset and write up the asset. Coming from my past life on Wall Street, I know in selling CMBS that very few people who are buying mezzanine subordinate CMBS are looking beyond the top 10 assets in the pool. With 310 people in Miami, we have the ability to look at every loan in the pool, so we are making a decision on each loan, whether we want it in the pool or not.

If I go back to 2014 or early 2015, we were probably kicking out 8 to 10 percent of the loans that Wall Street showed us. In the second half of last year, when we were active buying B-pieces, we kicked out between 25 and 30 percent. That’s really important. If there are 100 loans coming in, we’re taking the first loss as a CMBS buyer. Because we have the ability to underwrite every loan, we have a strong opinion, and on the 25 or 30 percent that we don’t like, we have them removed from the pool. We’re shaping the pool in a way that gives us a favorable credit characteristic. By virtue of that, we think we will have significantly lower losses down the line.

How many B-pieces have you bought in 2016 and have you had any kick-outs?

We partnered on our third now, retained the servicing on all three. We’re probably still in the 25 to 30 percent in kick-outs, which we’ve been average in the last eight months.

What’s your take on how CMBS will be affected by risk retention?

In 2007, three-quarters of 10-year fixed-rate loans went in the CMBS market. Today, less than 20 percent of 10-year fixed-rate loans are going in the CMBS market. Tomorrow, if you add on the cost of risk retention, it’s going to be less than that. The risk is that the CMBS market will become smaller and smaller. Insurance companies and banks wrote record amounts of loans last year. If they want to continue to write record amounts of loans, they will take volume away from the CMBS business. I think the CMBS business could become less than 10 percent of the fixed-rate lending market, if a solution isn’t figured out for risk retention. That’s not great for anybody that makes their living just off of CMBS deals.