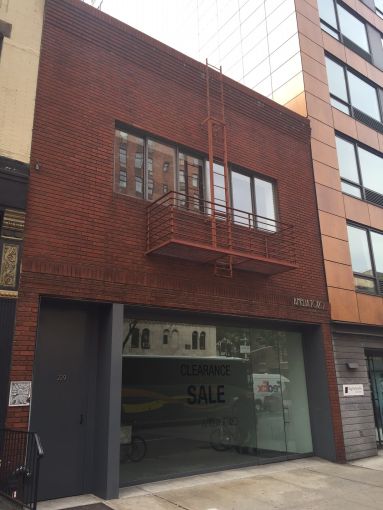 Taglialatella Galleries has signed a deal to take an entire building next door to its current location where it will expand by roughly one-third, Commercial Observer has learned.

The gallery, which specializes in pop and street art, has inked a 5,000-square-foot lease for 229 10th Avenue between West 23rd and West 24th Streets, according to a press release from the tenant’s broker, Handler Real Estate Organization. Currently, Taglialatella Galleries is based in about 3,500 square feet next door at 231 10th Avenue, a spokesman for the brokerage said, and it will move into its new space this fall.

“As we looked to the future, we made a strategic, yet creative decision to relocate our gallery into an entire, two-story building,” Brian Swarts, the president of the gallery, said in a statement. “This dynamic venue, right next door to our current space, will not only enhance our presence, but will provide our visitors with an experience beyond any they’ve had with us before.”

Asking rent in the deal was $100 per square foot, per the Handler spokesman. The length of the lease was not immediately available.

“As one of the world’s most respected art galleries, Taglialatella Galleries sought gorgeous space to accommodate its growth while also remaining in the heart of Chelsea’s gallery row,” Richard Farley of Handler said in prepared remarks. “The property’s column-free space with high ceilings, skylights and rooftop access aligning with the High Line made 229 [10th] Avenue an ideal location.”

Farley represented the tenant with colleague Darell Handler, while Brandon Singer, Joanne Podell and Aylin Gucalp of Cushman & Wakefield represented the landlord, a private investor whose identity was not disclosed. The C&W team has now been tapped to market Taglialatella Galleries’ old space next door, Singer said.

The area has long been a haven to the art world. Brokers on both sides of the deal noted that the site was a hot spot given that it’s about 10 blocks south of the Hudson Yards development and the same distance north of the Whitney Museum of American Art.

“Galleries sort of flood the blocks there,” Singer told CO. “This is really the epicenter to where it is. There’s a ton of new office and residential product that’s there and continuing to go up, which really adds to the value.”