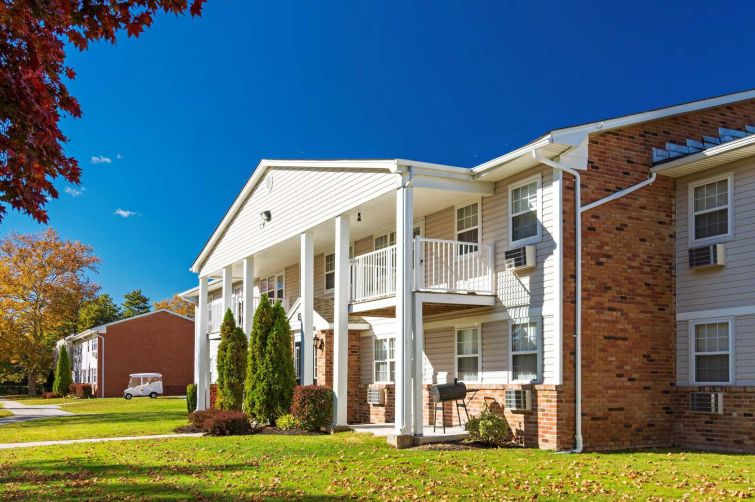 “Working closely with Freddie Mac and Meridian we were able to complete a financing package that met Post Road Properties’ needs for its acquisition of Hawthorne Court,” Grace Huebscher, the president of Capital One Multifamily Finance, said through a spokesman. “Communication and teamwork once again led to a positive result for a client, which is always the goal, so we’re happy to have achieved this outcome.

Spruce and Post Road, both of which did not comment for this story, scooped up Hawthorne Court for $80.5 million, making the financing’s loan-to-cost ratio 81 percent. The property, which is located at 111-211 Hawthorne Avenue in Long Island, is comprised of 20 two-story buildings constructed in 1967 and 1997. It sits less than one mile away from the Central Islip Long Island Rail Road Station, which is a 74-minute commute from Penn Station.

“Hawthorne Court has a track record of high occupancy and strong revenue growth,” Hirsch said. “The opportunity to purchase institutionally owned and managed assets in Long Island is rare and Capital One did an excellent job of recognizing the value here and executing for the sponsor.”

Two months ago, Meridian’s Hirsch and Karpel, along with colleague Jacob Katz, arranged a $128 million mortgage for another acquisition of a multifamily property in Long Island. In that deal, Bainbridge Companies and China Orient Asset Management used debt from New York Community Bank for the roughly $170.7 million purchase of Devonshire Hills in Hauppauge in Suffolk County.