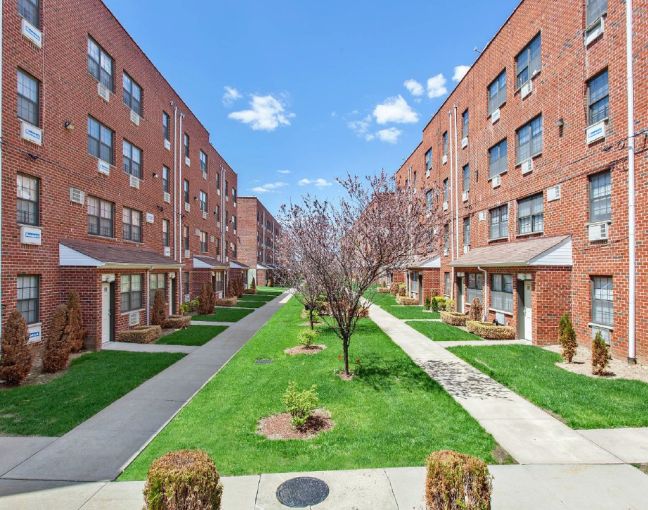 Developer Hudson Companies has purchased Bergen Gardens, a complex with six residential rental walk-up buildings, in the Bergen Beach section of Brooklyn from The Mattone Group and Gartenstein Properties for $50 million, Commercial Observer has learned.

The 167,850-square-foot rent-stabilized complex at 1054-1096 Bergen Avenue spans an entire block with frontage on East 73rd Street, Avenue K, Bergen Avenue and Ralph Avenue. The deal includes a parking lot on the same site, which has approved plans and permits from the New York City Board of Standards and Appeals for a proposed 5,162-square-foot retail building and on-site parking for 18 spaces, according to brokers from Cushman & Wakefield.

“Hudson Companies was a great buyer for this,” said C&W’s James Nelson, who represented the seller in the deal along with colleagues Aliaks Svetlakou, Mitchell Levine and Ed Gevinski as well as Gartenstein Properties’ Victor Gartenstein, David Gartenstein and Steven Gartenstein. (Hudson Companies didn’t have a broker in the deal, said Alison Novak, a principal at Hudson Companies.) “This is kind of their bread and butter. It was seamless from our standpoint,” Nelson said. The original marketing price was $58 million.

The apartments, which are 98 percent occupied, are divided into 36 one-, 36 two- and 72 three-bedroom layouts, Svetlakou said, with an average monthly rent of $1,680.

“Bergen Gardens is an attractive garden apartment complex that has been well managed by the original owners,” Novak said. “Given the strength of its residential value and the potential for commercial retail income, the project is well positioned for stable, long-term growth. We plan to add value by developing and leasing the retail pad and enjoy the stable, long-term growth of the investment and the neighborhood.”

The sellers, who are New York City builders, decided to offload the property because they “wanted to diversify their portfolio by exchanging into retail properties nationwide,” Nelson said.

“This is really, in our opinion, the next frontier,” he added. “You look at how expensive Williamsburg is, some of the rents are $60, $65 a foot…but here you’ve got very reasonable rents at about a third of what you see in Williamsburg or Downtown Brooklyn.”

David Metzger and Nate Hyman of Eastern Union Funding negotiated a $35 million five-year loan from Customers Bank to fund the acquisition of the site. The debt carried a 65 percent loan-to-value ratio. Metzger declined to comment.