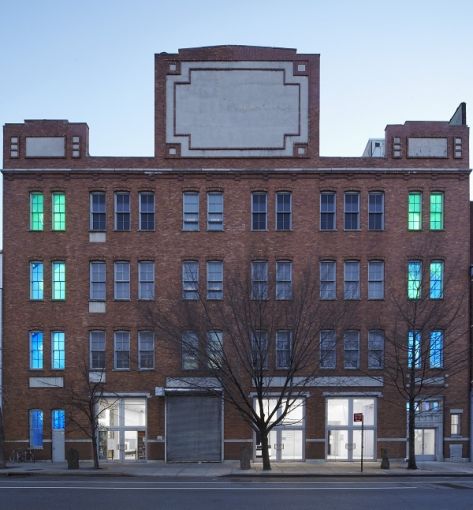 As its new home undergoes construction, international art gallery and dealer Hauser & Wirth has signed a two-year lease on the same block in the short term.

Hauser & Wirth will rent the four-story building between 10th and 11th Avenues for two years with a six-month extension for $3.8 million per year. There were no brokers involved in the deal, according to a spokeswoman for PMG. The gallery will move to the building in September from its present location a few blocks away at 511 West 18th Street between 10th and 11th Avenues.

Hauser & Wirth plans to build a nearly 32,000-square-foot, five-story building at 542 West 22nd Street, which will become its permanent home when it is completed in 2018. Construction on the new property is expected to begin this summer, as The New York Times reported. A spokeswoman for the art organization did not immediately return a request for comment.

Dia Art Foundation, a force in the art world that feature artists like Dan Flavin, occupied 548 West 22nd Street from 1987 to 2004.

“We are pleased that such an important gallery [Hauser & Wirth] will be located in our building” PMG’s Kevin Maloney said in prepared remarks. “The two Dan Flavin [works] in the stairwell, which are on loan to us, are constant reminders of the building’s important heritage in the art world.”

Absolute Events Solutions has been operating Center548, an event venue, in the building, featuring trade shows, media events, exhibitions and conferences. But the company does not have a lease and is not a tenant, the spokeswoman for PMG said.