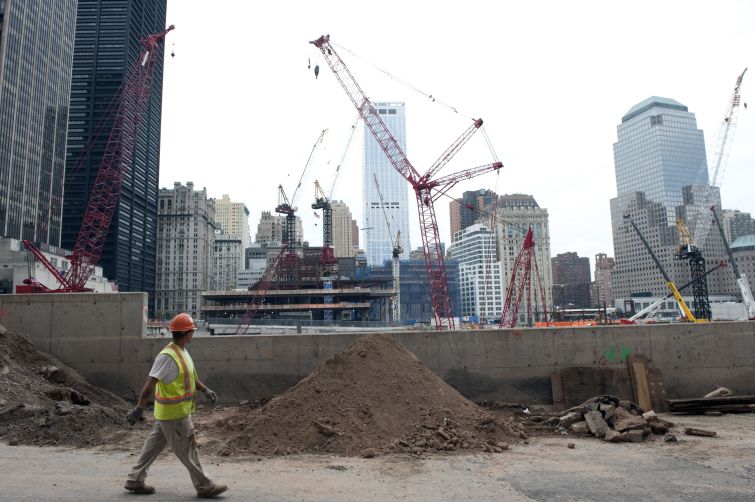 The inevitable has finally happened for the construction industry.

At a time when construction costs are rising, developers are turning more and more to nonunion workers, which were previously thought to be unsafe and slower, because they are believed to be cheaper than union employees.

Now seven construction management companies have formed New York City’s first organization that promotes the use of nonunion workers, New York Construction Alliance, Commercial Observer has learned. The group is comprised of “open-shop” firms, or companies that use both union and nonunion construction workers.

“We just got tired of hearing that nonunion construction is unsafe,” Lance Franklin, a co-chief executive officer of Triton Construction Company and a co-chairman of NYCA, told CO. “Our organization was formed to have a voice for some of the larger open-shop contractors to be able to speak about safety and quality.”

The member companies had a combined revenue of $1.5 billion in 2015 and employ more than 700 people. Currently, they have more than 14 million square feet of projects under construction. Triton is working on a 550-residential apartment for Tishman Speyer in Long Island City at 30-02 Queens Boulevard, which will rise 43 stories, according to city permits. T.G. Nickel is responsible for HFZ Capital Group’s 34-story hotel and residential project under construction at 12-20 West 40th Street, called The Bryant.

The formation of the group, based at 122 East 42nd Street between Lexington and Park Avenues, highlights the fact that union workers are losing market share—mostly in the residential construction space—because of the cost savings from employing nonunion workers.

In 2010, 40 percent of New York City Department of Building permits for residential developments with more than 100 units were issued to union contractors, according to an analysis of the the city agency’s data by the Real Estate Board of New York and prepared for CO. And last year, just 14.5 percent of projects in the same category were issued to union groups. Other than cost, improvements in safety on the job has been another factor for the change.

NYCA says it has a top-notch safety record, emphasized by its Experience Modification Rate (EMR) of .82 by the New York State Workers Compensation Board, which is a measurement the insurance industry uses to analyze safety due to past cost of claims on the job and future risk. Having a rating lower than 1.0 is general considered good.

“REBNY members utilize both union and nonunion contractors,” John Banks, REBNY’s president, said in a prepared statement. “The data clearly shows a growing belief throughout New York City that nonunion contractors increasingly can provide a safe and quality product in a cost-effective manner.”

NYCA has committed to workforce and on-site safety training at all job sites, Franklin said. And the group has formed an internal safety committee for member contractors to share best safety practices.

But while nonunion firms have taken notice of safety practices, the numbers still show a problem. Last year 16 construction workers died on the job in New York City, and only two were from the unions, according to data from the federal Occupational Safety and Health Administration.

Christian Ginesi, 25, a nonunion worker for G-Tech Associates, was killed in April 2015 after falling 24 stories down an elevator shaft at 301 West 46th Street, for construction of Riu Hotels & Resorts’ Riu Plaza New York Times Square between Eighth and Ninth Avenues. And last May, Trevor Luftos, 40, another nonunion worker for Kenry Contracting, was fatally crushed between a crane boom and a truck frame at Raber Enterprises’ 219 East 44th Street between Second and Third Avenues, the government agency report indicates.

LaBarbera added: “[NYCA] are now attempting to legitimize themselves to some extent and I think it’s no more than a PR stunt, because what they advocate [for] and how they portray themselves are not what the facts are.”

The group claims it is not anti-union—since its projects do have some union workers, and they provide union-like benefits for its employees such as 401(k)s plans and health insurance and it maintains a commitment to diversity.

“The mission of NYCA is to maintain the strongest safety culture possible,” according to a NYCA statement provided to CO in response to LaBarbera’s remarks. “As an open-shop contracting association, we support the use of union labor provided by the Building Construction Trades Council, as occurs on many of our projects, and also remain open to the consideration of alternatives, without ever sacrificing our commitment to maintaining the highest levels of safety.”