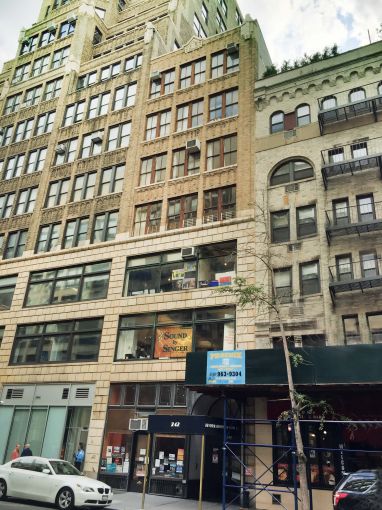 The seven-story, 18,000-square-foot structure, at 242 West 27th Street between Seventh and Eighth Avenues, includes a duplex apartment and a roof deck.

Berley told CO that he was interested in the property because of its location on the campus of the Fashion Institute of Technology. This is the second property Berley has purchased in the neighborhood after acquiring 144 West 27th Street (which he sold in 2005 for $1.6 million to Sonn and Rheem, according to property records).

“The building is fully rented,” Berley said. “But we want to work with FIT to create small coworking spaces for their graduates in the building.”

George Gellert, the chairman and chief executive officer of Gellert Global Group, and Sonny Schwartz, the chief financial officer of the National Parking Association, are Berley’s partners in the acquisition.

“We’re all in our 70s and we just want to do something good for the city,” Berley said.

“Panzel has owned the building for 40 years and realized there was a strong market and the money was good,” Tapper told CO.

Polsinelli added that despite the aggressive vetting process, Berley proved to be someone who knows the neighborhood and has done creative, unusual deals.

“The building has retail in a street that doesn’t have traffic, but is on the FIT campus,” Polsinelli said. “But David has a vision and experience with hybrid buildings and we knew he would be able to see something in it that others didn’t.”